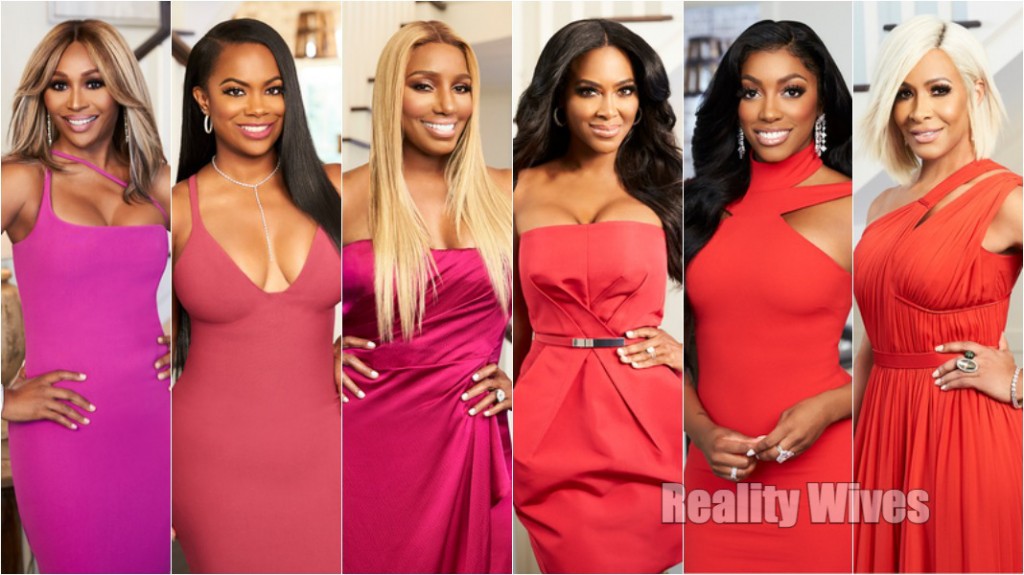 The Real Housewives Of Atlanta reunion was taped today and there are some bombshells.

According to blogger, Love B Scott, Kenya Moore announced she is pregnant. Cue everyone stating she’s lying along with her ‘fake’ marriage, she is due at the end of the year.

Kenya and Marlo Hampton got into it over comments Marlo made about Kenya having a fake husband and earlier comments about her mother. Kenya also reveals that Marlo tried to blackmail Nene with text messages from Nene’s past relationship with John Kolaj. If you remember, Nene dated John briefly while she was divorce from husband Gregg Leakes.

Marlo apparently got John drunk, he ended up at her house and she gave him a massage. During their time together, Marlo took screenshots of explicit conversations between John and Nene. Marlo threatened to share those messages with Gregg. I don’t know what Marlo could have gained from this. 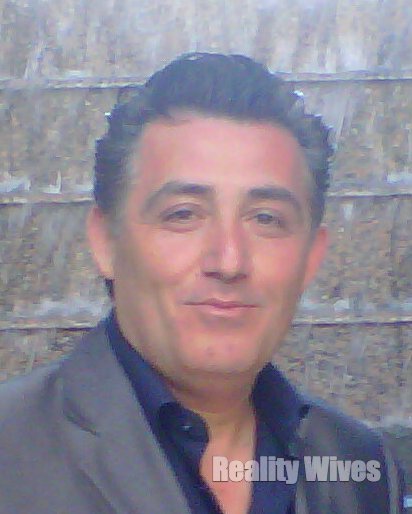 When Kim Zolciak joins the ladies on stage, Porsha moves to the left and Kim sits to the left of Andy. When both Marlo and Eva make their appearances, they sit to the right of Sheree.

Kenya is at the end of the sofa, interesting.

The biggest fight on the night was RoachGate. During that argument, Kenya and Nene went in on Kim. Kim refused to acknowledge Kenya while she was sitting on the end so Kenya got up and moved to the right of Nene to make sure she got Kim’s attention.

Eventually Kim got so upset she stormed offstage in tears.

Porsha apologized again for the Kandi rape / kidnapping drama (yawn). Everyone else was boring.

“I can’t even express the anger I’m feeling right now. It’s absolutely disgusting how mean grown women can be. I wish nothing more than for the cast of RHOA to find happiness and peace. They need it more than anyone. I’m sick to my stomach.”

“I will never understand the mentality of women aged 40+ attacking another woman for hours on end. I wish they would channel that negativity and anger for someone who is positive, loving, caring, beautiful! Etc. into something positive. Maybe then they’d be happy”

‘It truly breaks my heart for all that my mom has to go thru. There’s not another woman on earth who could take being attacked and ganged up on for hours like she did today. There’s only 2 reasons people hate u. You’re either a threat to them or you have something they don’t.”

“There’s actually quite a few women on earth that can take hours of being attacked and ganged up on…all of the other housewives.”

“No kidding. Its like a right of passage on all the shows ”

“The problem I have is that Kim can always dish it but she can’t take it. I mean she did sign up for this and she has dealt it to the other Housewives.

“Your mother held on 2 a video of u posing with some faux roaches just so that if Nene came at her sideways she would have some sort of petty receipt ready. Now, if you want to defend your mom do it on camera like Lauren from NJ Briana from OC and many others.”

“Otherwise, stay on Don’t Be Tardy and don’t have your mama looking for a peach next season. She hardly films with the others anyway. Thank you!”

Stevie J To Get Jail Time For Failure To Pay $1.3M Child Support

More in Real Housewives Of Atlanta, Reality Television (453 of 3036 articles)