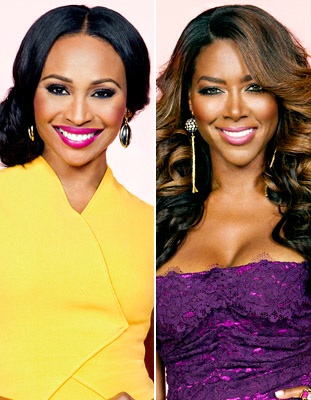 Cynthia will play Tech Addison opposite Tommy Davidson. Tommy will play Elon Musk type “Aston Reynolds,” a playboy tech billionaire whose revolutionary energy system can stabilize the atmosphere and prevent the formation of tornadoes. Cynthia will appear opposite Tommy as one of Astro-X’s top rocket scientists and astrophysicists.

Cynthia has appeared on many TV shows including “The Cosby Show” and “New York Undercover” and in movies such as “Without You I’m Nothing” and “For Love or Money.” Kenya Moore has appeared in the movie “Trois”, “I Know Who Killed Me,” and “Senseless.”

“Sharknado 4” sees the return of Ian Ziering and Tara Reid. This installment takes place five years after last year’s installment, with Gary Busey as Wilford Wexler, April’s father and a lead scientist at Astro-X. He’s at the forefront of advances in the field of robotics.

“Sharknado 4” will premiere this July on Syfy.