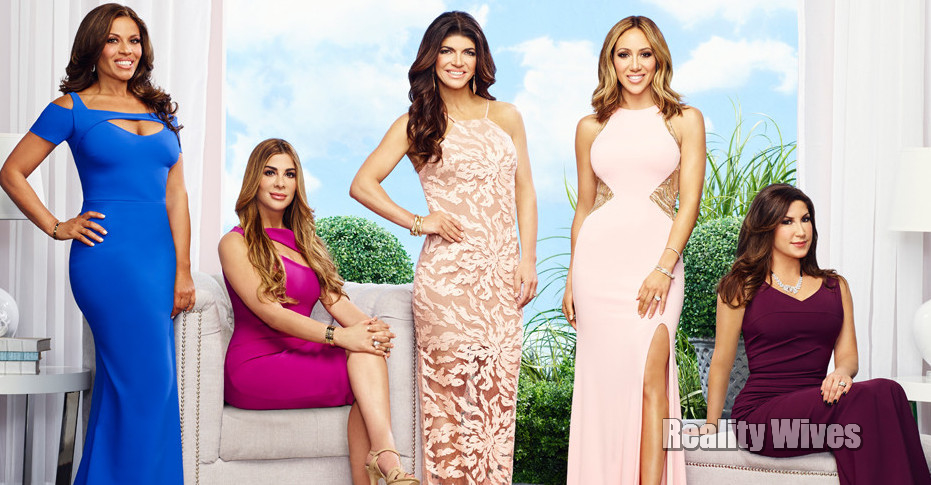 The Real Housewives Of New Jersey are back after nearly 2 years off the air. The new season stars recent prisoner Teresa Giudice and her sister-in-law Melissa Gorga, along with Jacqueline Laurita, who was a full time cast member for seasons  1-5. Joining the women are new castmembers Dolores Catania, a mom of two who is friends with Teresa and Jacqueline – she made an appearance in season 3 of RHONJ, and matchmaker Siggy Flicker, a friend of Jacqueline’s.

Season 7 will follow Teresa Giudice and her family as they deal with their ongoing legal woes. Just as Teresa is looking forward to her future after serving nearly a year at a Connecticut facility (“I’m just gonna leave the past in the past and look to a brighter future”), she and her four daughters must say goodbye to Joe Giudice as he begins his 41-month prison sentence at FCI Fort Dix. Throughout this difficult time, Teresa has found a confidant in her 15-year-old daughter Gia. “He needs to go so that he can get his s*** together,” the RHONJ teen says to her mom of her dad.

But Teresa’s not the only one to return after time away: Jacqueline Laurita is back on RHONJ for the first time since Season 5. And with friends Kathy Wakile and Rosie Pierri making appearances, there’s no shortage of drama to go down between the tight-knit crew.

While there is much fun to be had (like, finally getting the term “queef” defined on a Real Housewives series), tensions do arise. During one particularly awkward dinner party, Jacqueline gets into a war of words with Melissa and Teresa, later calling the latter a “criminal.” At another point, Teresa describes someone as “an evil person, like Osama bin Laden,” proving that no one is safe from the barbs of a Jersey Housewife.

Fans will also meet two new Housewives: Siggy Flicker and Dolores Catania. And, yes, whether or not they’re Italian — or moreso, how Italian they actually are — does matter. “She’s not even 1/16th Italian,” Jacqueline says of Siggy. However, Dolores gets Teresa’s Italian seal of approval. “Dolores and I are cut from the same cloth,” she says. “We’re true Italians. We’ll stick with you until the end.”