On tonight’s Real Housewives Of Potomac – “What A Little Whiskey Can Do” the ladies attend a whiskey tasting.

Katie Rose meets with Washington Life magazine, she was on the cover 10 years ago and they want to do a piece on her, she wants to raise awareness for the Rost Foundation. She states her mom made her go to college and she didn’t start modelling until her 20s. But she’s been a socialite since she was in diapers.

RT @RHOPotomacRW: Katie: "I was a socialite since I was in diapers" #RHOP @KatieRost pic.twitter.com/xuqjoI2DfN

Katie claims her parents are old money, her mother’s side founded Black colleges and universities and her father’s side made money bootlegging liquor during prohibition. The interviewer states that Katie has everything except a husband, which she is not too happy to hear.

“Andrew has a reputation for being an eligible bachelor in this area, but once this article comes out, everyone’s going to know he is only with me,” Katie says.

Karen and Gizelle meet for tea and were able to talk their problems out. Gizelle accepts Karen’s apology, “I’m a big girl who wears big panties. Actually, I don’t wear big panties — I wear very cute ones — but I will accept her apology and move on.”

Karen encourages Gizelle to talk to Charrisse, Gizelle has already apologized to Charrisse and doesn’t wish to rehash that again, and rightly so.

Ashley and husband Michael Darby meet Katie and her boyfriend Andrew for drinks. Katie is excited that she is drinking with another mixed couple. Ashley lets us know the drink of choice in the area is champagne, but she prefers brown liquor. The couples talk about relationships, Katie lets them all know that Andrew is the last bachelor in his circle of friends, and she’s trying to change that, Andrew responds by ordering more wine.

Robyn and Juan both do parenting duties. Juan considers leaving the area to coach for another university. Robyn contemplates moving with Juan if he accepts the job. She also sells her wedding dress, as they have financial issues. Since he stopped playing for the NBA their money dried up, as she claims their investments also went bust..

“Potomac is a big mom town, and a lot of the things we do involve our children, so normally, when the children graduate high school, the moms tend to fade away into the background. I know a lot of people think that’s going to be me, but they’re mistaken. I don’t fade away, I stay and become better,” said Karen.

Karen and husband, Raymond, taking pictures of Rayvin and her date, Henry, was hilarious. “Ray missed the moment”… “If you back up some, you could accomplish your task”. Karen is domineering all the time.

Katie, Ashley, Charrisse and Karen go bikini shopping, Katie and Ashley were just there to model for Karen, so Karen could choose one for her daughter. Both ladies wore the bikinis without underwear. Yuck.

Ashley invites the ladies out for a whiskey tasting at her new restaurant. No one is impressed at the decor and location.

“I’m dressed to the nines, and I didn’t know the attire was flip-flops,” said Karen.

Gizelle: "I'm #Gucci down to my socks & you tell me go down to the basement" #RHOP @GizelleBryant

Ashley is a whiskey girl, no one likes whiskey.

Katie and Andrew attend the Best Of Washington gala, as she signs into the event she tells the door that her last name is Rost and turns to Andrew and says her name isn’t Martin yet. She lays it on so thick as always. Later, Katie confronts Andrew again about having children – as it would be nice to have more children running around the house to add to her three young children. She brings up marriage again, he tells her that if she didn’t keep bringing up marriage all the time, they would have been engaged and married within 6 months. 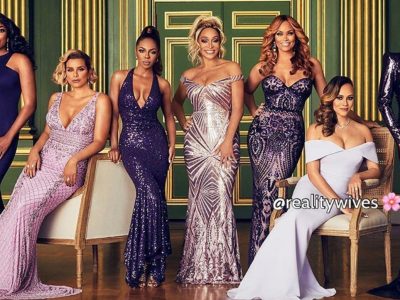 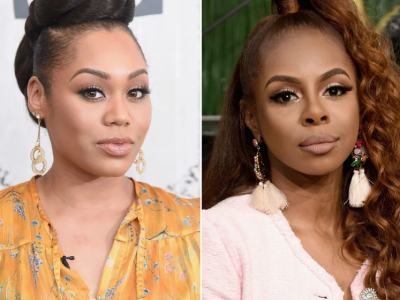 More in Real Housewives Of Potomac, Reality Television (1317 of 2075 articles)