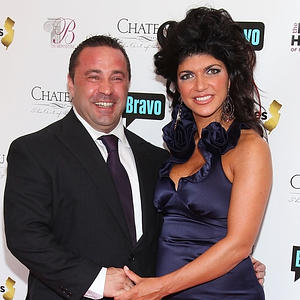 A New Jersey judge has ordered the hubby of “Real Housewives of New Jersey” broke Teresa Giudice to reportedly pay a whopping $260,000 to a former business partner.

Joe Giudice, 40, was found to have forged ex-business partner Joe Mastropole’s signature on a mortgage document on his Jersey Shore home in order to take out another loan and pocket $1 million, RadarOnline.com reported today.

“The signing of Mastropole’s name was a forgery … exhibiting willfulness and malice toward a former friend and current adversar,” Judge Morris Stern wrote in his judgment, handed down Monday in US Bankruptcy Court in Newark.

The extraordinary web of lies and misrepresentations woven by Giudice to implement and cover his misconduct reflects on his approach to business matters and suggest his disregard for legal restraints which would bind others,” the judge added.

Teresa Giudice has testified last month that she had no idea her husband had declared bankruptcy.

“My husband, if he had to tell me something, I’m sure he would,” Giudice said at the Dec. 15 hearing.

The couple who are almost $11 million in debt declared bankruptcy last spring.

The clueless cable-TV star who once declared she was “too pretty to work” even had to turn to her husband for help when the lawyer asked her what year they got married.