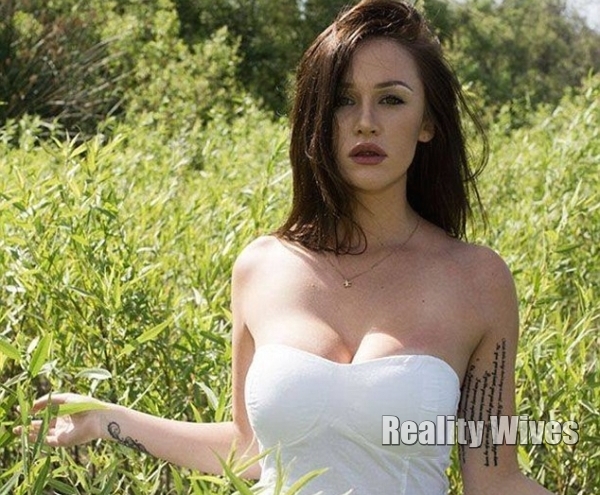 Real Housewives Of Orange County alum Lynne Curtin’s daughter, Alexa Curtin, has been awarded $2.25 million in her lawsuit over an alleged sexual assault, according to court documents obtained by PEOPLE.

“I’m grateful to the jury who believed in me and believed that the Sheriff’s Department should be held accountable. This has been the hardest thing I’ve ever gone through. Nothing is going to change what happened that night and the impact it has made on my life,” Curtin said in a statement obtained by PEOPLE. “I came forward because I don’t want other women to suffer like I have. I want them to know they’re not alone and should not be afraid to speak up if they’ve been sexually assaulted even when the perpetrator is someone who is supposed to protect you.”

Curtin’s victory comes more than a year after she first filed the civil rights suit on March 30, 2016, against the County of Orange and deputy sheriff Nicholas Lee Caropino, who she testified raped her in 2014. A public information officer for the County of Orange issued the following statement to PEOPLE: “The County does not condone the alleged conduct of former deputy Caropino. The criminal investigation that was conducted by the District Attorney’s office resulted in no charges against Caropino.”

According to court documents obtained by PEOPLE (Plaintiff’s Statement of Uncontroverted Facts and Conclusions of Law), “in the early morning hours of June 27, 2014 sheriff’s deputies responded to dispute between Plaintiff Alexa Curtin and her husband.” Curtin was 21 and married at the time, but was living separately from her husband.

Deputy Caropino and his trainee, deputy Chapple, were dispatched to the scene, according to the documents, and arrived at the front door of the home. The deputies proceeded to take the couple outside, where they separated them for questioning; Caropino spoke with Curtin.

“After investigating, the deputies concluded no crime had occurred, and the couple should part ways for the night. … the deputies told [Alexa’s] husband to remain inside the house and not to contact [Alexa]. They also instructed [Alexa] not to go inside the house,” according to the documents. Caropino proceeded to order Curtin “to get in the back of his patrol car and he then shut the car door, and drove her to where she had parked her car – a couple blocks away from the house.”

Upon arriving at her vehicle, “Caropino instructed [Alexa] to get out of the car and lean against the hood of the patrol car, with her hands behind her back” and told her to give him her car keys. She complied to both.

According to the documents, “Deputy Caropino told [Alexa] that he would not let her leave until he saw her license and registration” and did not allow her to touch her purse.

“Apparently not finding her license and registration in her purse, deputy Caropino told [Alexa] that he needed to search her car,” the documents state.

“After searching her car, deputy Caropino approached [Alexa] and said ‘I couldn’t find your license or registration but I did find some’ – ‘a pair of wet panties. Can you explain this to me?’ [Alexa] testified that she was shocked and confused, and told him that she did not know what he was talking about,” the documents state.

Caropino proceeded to give Curtin the keys to her car and she got inside. According to the documents, Caropino told Curtin not to leave and threatened her if she did.

The documents state that “Caropino then drove away. [Alexa] testified that at that time she called her parents, her sister, her grandmother – ‘basically everybody, but it was 2:00 a.m., so nobody was answering.’ ”

Upon returning to Curtin’s vehicle approximately 20-30 minutes later, Caropino instructed her to “unlock the door.” According to the documents, Caropino entered the vehicle, where he sexually assaulted and raped Curtin.

“When asked if he was acting under the color of his authority at all times during his interactions with [Alexa], including when he sexually assaulted and raped her, deputy Caropino asserted his Fifth Amendment right not to answer,” the documents state.

“This was a major victory, not just for Alexa, but for all sexual assault victims. This demonstrates courage on her behalf and provides a great example for all sexual assault victims who may feel afraid to go after the police,” Curtin’s attorney, Daniel Balaban, exclusively told PEOPLE. “It’s also a major victory in changing the very dangerous and reckless police practice. Police departments are on notice that they should consider protecting the public’s interest in the same way that they’re considering protecting the police officer’s interest.”

The Orange County District Attorney’s Office confirmed that Caropino was under investigation for criminal charges and issued the following statement to PEOPLE: “In 2016, the Orange County District Attorney’s Office (OCDA) conducted a thorough investigation into sexual assault allegations brought against former Orange County Deputy Sheriff Nicholas Caropino. When brought to the office’s attention, the OCDA conducted a proactive investigation of all of his law enforcement contacts made with civilians. As a result, three additional incidents of potential misconduct were identified involving the deputy and after an in-depth review of each incident, the allegations could not be proven beyond a reasonable doubt.”

“The OCDA examined the following OCSD investigative actions: the police reports as well as videos from the patrol unit and surveillance camera. In cases where the video was taken from a distance, the OCDA technical support unit worked to enhance the quality of the video in an effort to validate or negate the claims. There was no forensic or physical evidence to coroborate their statements. Investigators went through great lengths to interview the accusers and left numerous voicemails, made house visits, reached out via certified mail, and made requests for interviews through their legal representation with limited response. Cells phones and computers were examined in an effort to locate text messages and call logs. The scope of the OCDA investigation was focused on criminal conduct and did not address possible issues relating to policy, training, tactics, or civil liability.”

The statement concludes: “Based on all the evidence provided to the OCDA, the facts garnered, and pursuant to the applicable laws, there was a lack of sufficient evidence to support the filing of criminal charges.”