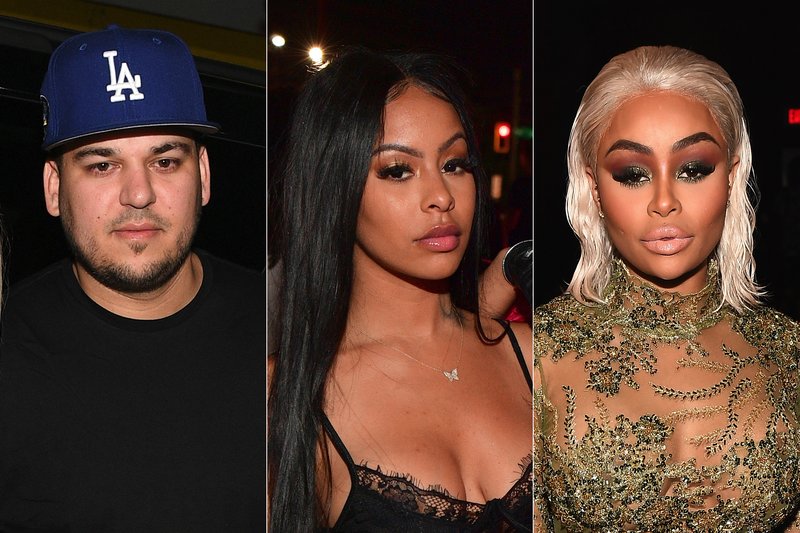 Tell us something we don’t know! Sponsored by Kris Jenner Productions & Hermits

“All the drama he had with Chyna is still very much bothering him. He will probably never get over the way Chyna treated him. Spending time with Alexis is his way of getting back at Chyna. He is involved with Alexis, but who knows what will happen.Rob knows he is supposed to stay low-key and not involve himself in drama. He gets bored though and can’t help himself,” a source tells People.

A few days after Rob and Alexis posted their romantic dinner at Rob’s mother’s house, Kris Jenner. The reality start responded to criticism from Blac Chyna’s boyfriend, rapper Kid Buu, who asked Alexis is she was only interested in fat ass Rob because of his last name.

Ratchet Wives™️ | Everybody loves Rob Kardashian until it’s time to return home after the baby’s born. Rob is only ‘dating’ Alexis Sky to get back at Blac Chyna, meanwhile Chyna couldn’t care less | Read more at Reality Wives.


Per the instagram post and delete, Alexis claims Blac CHyna is selling cocaine. I wonder how she knows that?

In response, Alexis asked Kid Buu if he was with Blac Chyna to help sell cocaine and that she loved Rob. Right.

Let the mayhem begin. As it will be a massive mess and Reality Wives will be there.