Former rapper and reality star Sandra ‘Pepa’ Denton, 51, has been parading her new man, aspiring rapper, Aundre Dean, 29, around town.
The problem is Aundre is married with a baby on the way.

Sandra turned off the comments on her instagram after people were calling her out on her adultery.

Pepa: “Happy Birthday weekend to my man and MCM @iamAundre keep pushing and being a good dad God will handle the rest. No Matter what, I’m here! #RideOrDie #PepItUp #Mcm #Monday” 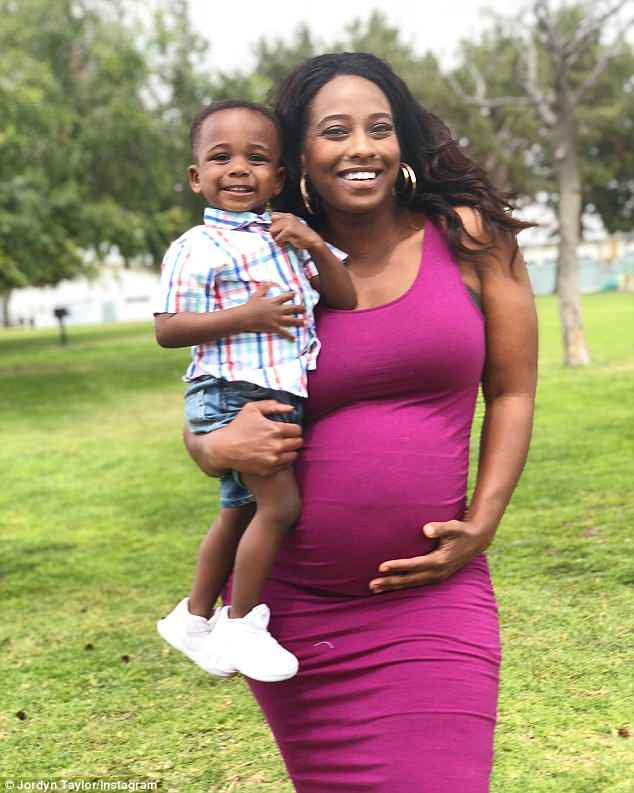 Aundre’s pregnant wife responded: “When mistresses talk about God… it’s laughable! “Keep being a good dad?” @iamaundre can’t keep his visitations with his son because @darealpepa is parading him around the country. Still, I blame him for this! News check… Good dads pay child support & don’t break in and vandalize their wives apartments. Good dads also don’t stress their pregnant wives out for 15 minutes of fame with a D list “has been” senior citizen celebrity… Still, I release you both in the name of Jesus. God bless u #GUHH #heresyour15minutesoffame. Liar… saying she was your boss. Introducing me to her & asking me if SHE could be our daughter’s god mother! #fatheroftheyear “

Aundre’s team responded to the accusations with a written statement to People Magazine. Aundre has a team? A team of what?

“Allegations have been made on social media regarding not only my character but me as a father. I love my son and my children are my top priority in my life and every situation. In this particular situation I am saddened by the false accusations made but my personal life is my personal life and I would like to keep it as such.”

Sandra in a now deleted comment stated, “Everyone will know the deal when it’s time because I’m gonna do it big.”

So messy and so wrong. What are your thoughts? Post your comments below.