In this episode there is a lot going on and a TON of back and forth. Since Jo has left Kailyn for his new girlfriend, she is considering getting back together with Jordan. After the two talk, Jordan is still unsure but drags her on a wild goose chase as he begins talking to another girl. Leah heads back to school to complete her lifelong goal of being a nurse as Jenelle faces jailtime.. AGAIN. Let’s recap:

Kailyn: Since she and Jordan have been hanging out again since Kail called him to apologize. Kail meets with her friend to tell her and her friend begs her to be single for awhile because she never really has been. She says she’s scared to have to go to bed every night alone and not have anyone to spend it with. Her friend makes a valid point by saying “you can do it, you’ve taken care of yourself your entire life.” I think Kail’s absence of parents in her life has really affected her emotionally. I’m still holding out for Jo’s mom to resume the amazing relationship she once had with Kailyn and I think they both miss each other.

Jenelle: Jace’s second birthday is coming up and Jenelle is worried about planning a birthday party because she is facing 45 days in jail. She tells her friend that she’s no longer mad at her mom for not bailing her out because she was just trying to teach her a lesson. Jenelle’s good friend agrees to quit smoking weed if Jenelle will do it with her and the two make a pact to give it up. Honestly, I think Jenelle has a lot more problems then just weed — especially now that all the heroin rumors are swirling around. I’m just hoping Jenelle can get the help she needs and clean up. Jenelle and her mom decorate the house and spend a good time together. They both talk about how Andrew (Jace’s dad) isn’t in the picture and how it affects him. Jenelle writes a letter to her probation officer and she is allowed an extension of her probation vs going to jail. Her lawyer explains to her that she was just given her last chance. This probation officer is amazing.

Leah: Has help watching the girls so she can go to nursing school. She’s also been speaking to a new boy on Facebook who turns out to be her future (present) husband and father of her unborn baby girl! Jeremy is actually really smart and has a great job. Not to mention he is totally cute and gets along with Corey too! I’m so happy for Leah and the girls. Leah talks about her problems with trusting people and wanting to take her time in her new relationships. She also explains how hard it is to date when she has two kids. Not only does she have to worry about herself being treated right but she has to worry about her kids too. Leah agrees to go on a first date with Jeremy and we finally get to meet him on MTV! Jeremy and Leah go go-karting for their date and they laugh the entire time. Leah has her first day of school and Jeremy sends her flowers. So adorable!

Chelsea: She decides to call Adam and see why he hasn’t spoken to her. Adam tells her it’s over and that “she has her dad to blame for it.” I think Adam is always looking for someone else to blame for why his relationship doesn’t work. Truth is, Chelsea should have RAN from him the day he sent those nasty text messages about Aubree (remember why Aubree doesn’t have his last name?) Who can blame Chelsea’s dad for trying to protect her from the endless hurt that Adam causes in her life? If anything her dad is the only man who supports her, protects her, and loves her unconditionally. Adam should take a page out of his book. Chelsea talks to her dad about Adam and he tells her that just because Adam bought her a ring he still never supported her or Aubree. He never paid bills and quite frankly he lived off of Chelsea. 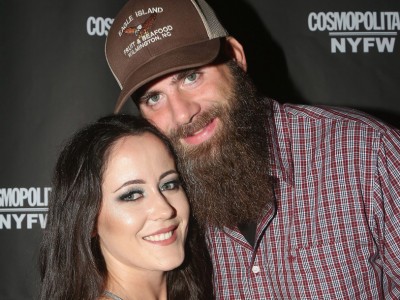