On the heels of our last episode we saw Tara take off her heels and chase Domonique down the street. She caught up with her! Domonique says she needed a breath of fresh air and wanted the first ladies to loosen up. She says she is always around church people and she wants them to open up it’s her bachelorette party! Ivy walks up and says she has no idea where Christina is. Domonique says they must go out and save others because the church is already saved. In comes Christina wondering what happened and why Domonique left the party. She continues to say she knows people look at her and say they want what she’s having. Ivy says they do say that but at the same time she can’t put out the image she had 10 years ago when she was a prostitute. Domonique says being in Miami is bringing back memories of being left in alleys and the whole pimp thing. The ladies agree to make the beach a time to remember. They ask her how she feels about getting married and if she is upgrading her ring to which she answers she hopes so. But that upgrade may take place at the pawn shop she where she left it. Domonique tells the ladies she pawned her ring and they can’t believe. Neither can we, I mean you guys are in Miami. She says she hopes he puts that ring back on her finger and informs Christina that Anthony, her husband has been asked to officiate the wedding. She tells Christina she is the matron of honor and Tara that she’d like her daughter to be a flower girl. How sweet, right?

The ladies go for some fun and Domonique decides to get a tattoo. She wants to get FREE put on her foot. Tara prays and Domonique pulls her weave for safety. Christina thinks Domonique should have handled it better being that she was a: crack head, street walker, and given birth but can’t handle this needle. It’s over and it is discreet enough for a first lady.  The ladies meet in Domonique’s room and she immediately jumps on Tara for having on booty shorts. She says no one would ever think she was a first lady in her get up. But taking tequila shots makes you look like one! Pick your battles Domonique. She tells the ladies she would like them to meet J Baby.  Christina yells YOUR PIMP! She lets her know it was 30 years ago and Ivy calls him her ex-husband. Domonique immediately says they were not married and Ivy asks well who is father of oldest child. Domonique explains that J Baby is the father. Tara wants to know why she even needs to meet the guy because if he isn’t saved or born again. The ladies jump on Tara for not being supportive to Domonique in her time of need. She says she determines who she meets and when! The ladies call Tara out for being holier than thou and not being a true friend to Domonique. Do you think you would’ve gone to meet her baby’s daddy/former pimp?

The ladies go with Domonique to meet J Baby and they are traveling when Christina asks if she is too over dressed for the projects. Darling I am positive you aren’t! Back at the hotel Tara calls Brian, her husband to let him know what was going on. Brian tells her it was good she didn’t go meet Sugar Ray Ray as she calls him. Back to Domonique’s travels where she takes them to the spot, the pool, the juke joint and it looks like what she called it. She attempts to call J Baby and he calls back to let her know he is running a little late to the meeting his baby’s mother. She calls him babe and he calls her babe as well. Domonique shows the ladies where she turned her first trick. She gets very emotional and the ladies console her.  They exit the vehicle and she calls him back. He says he has showered and is getting dressed. She continues to show the ladies her former life. She shows them a property J Baby owns and it’s the one where she was getting geeked and had an inspirational moment which led to a life change. Domonique wants the ladies meet the “Tara” of her past named Black who works at the Oasis and the ladies go to meet her. Sarah “Black” is excited to meet the ladies and see Domonique again.  Sarah can’t believe Domonique is a pastor a now. She let Domonique know that she always thought she was smart and she can’t believe she had even gone on the path of prostitution. The ladies leave and hope to see J Baby. Domonique calls and he says he felt like it was a set up. She gets emotional! Did she honestly think a pimp would come on a TV show that wasn’t Jerry Springer?

J Baby calls back and says he wants to meet with her alone. The ladies agree to leave her and she meets with him.  She says he is still fine! Where was she looking? She shows him pictures of her daughters and tells him all about his son. They are a little close for a reunion because they look as if they are going to kiss. But he tells her she looks nice and is proud she is a first lady.  They hug and she blows him a kiss. She gets back in the car and they let her know they are truly happy for her. Tara probably isn’t but that’s something else. The ladies get dinner and enjoy it along with Tara as well. Tara explains to the ladies how marvelous her day was and they looked horrified because they spent their day in the hood as Christina exclaimed. Domonique thinks Tara should’ve jumped off the roof while she was up there. She mentions to ladies that she called her husband and let him know about the argument she had with the other first ladies. Domonique wants to know what he said. She tells them he was pleased she didn’t go and Domonique takes offense. She lets her know she wasn’t a covenant sister to her and Tara says they don’t share one. Tara asks Domonique to look her in the eye and say she hasn’t been supportive. Domonique lets her know that she did ask her daughter to be in her wedding and that she doesn’t feel the same way about her as she does Tara. The ladies feel different and they let Tara know she is foul by not being a great friend to Domonique. They feel as if Tara failed in showing her Christianity to them by not doing so. Tara wants an explanation as to why they feel that way.  Domonique compares the situation to reviving grits. Sometimes you can and sometimes you just can’t! Do you think Tara is right for not supporting Domonique? 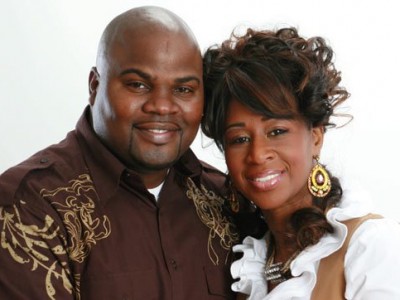 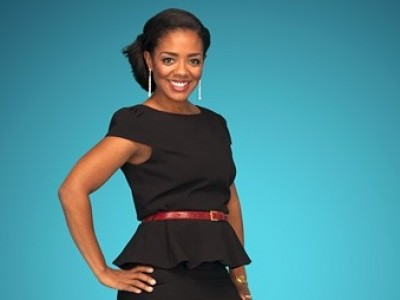 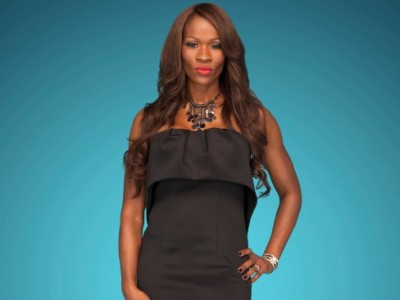 More in The Sisterhood (3 of 8 articles)