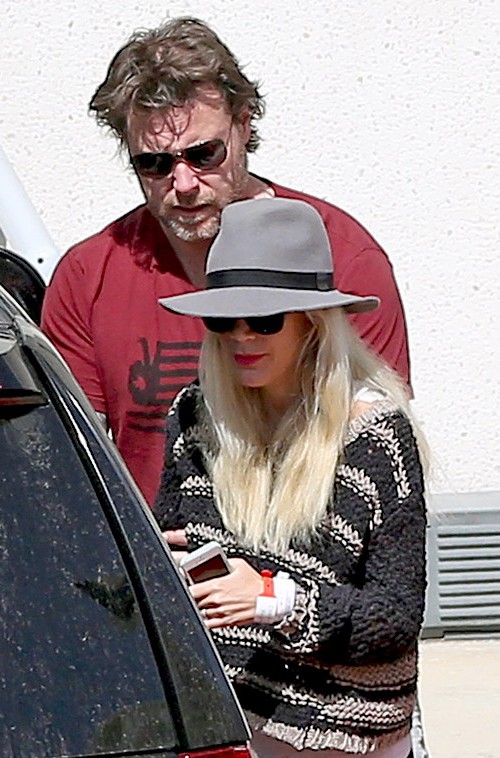 After dealing with her husband’s affair and cheating allegations while filming her new docu-series “True Tori,” it has been revealed that Tori Spelling was secretly hospitalized for at least six days.  Shockingly, her husband of seven years, and father of their four children, Dean McDermott, never left her side. According to a source, Tori’s “True Tori” film crew were present at the hospital filming her stay. At 3:00 P.M. Saturday, Tori was seen leaving the hospital with Dean by her side. She was still wearing a pink hospital band around her wrist. She was hospitalized due to “a lot of stress.” A source reveals that Dean would stay with Tori for ten hours a day while she was hospitalized saying:

“He would arrive by 10am and didn’t leave until 8 most nights. He seemed very stressed out and worried. He would bring food and often only left Tori to go outside to catch some air or make a phone call.” 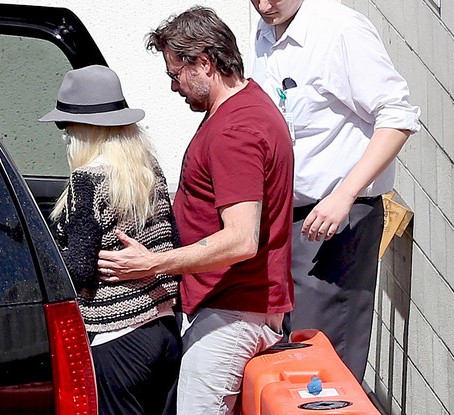 “I wanted to take a moment to address what’s been going on in my life over the last several months. Our family has been going through an incredibly difficult and trying time, and the story of what I’ve been going through has been told by everyone except for me. So, it’s time for me to set the record straight. Throughout my life, the tabloids have told every story you could imagine – and they always got it wrong. I needed the chance to tell my own story. At the moment, I don’t know if it will have a happy ending. But I need to get my voice back, and this is my way of doing that. He cheated on me. One of my worst fears came true. On some level I never thought it would really happen. You don’t stop loving someone because they do something really bad to you. He was my soul mate, but he completely broke my heart. It makes you not trust anything that’s happened in your relationship. But until I figure it out, I don’t want my kids to know any different. I owe this relationship more than just saying something horrible happened and dismissing it. I need to figure out if he can change.”

Get well soon Tori! What are your thoughts? Post your comments below. 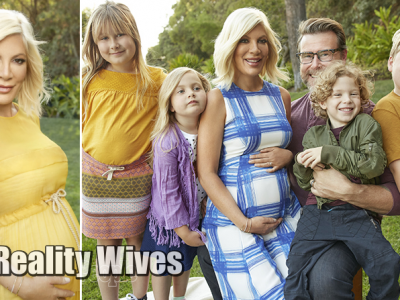 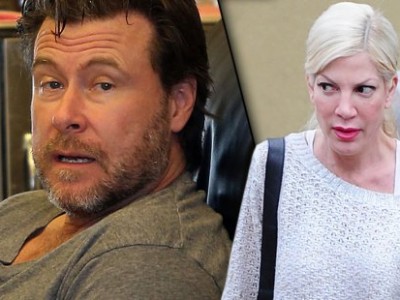 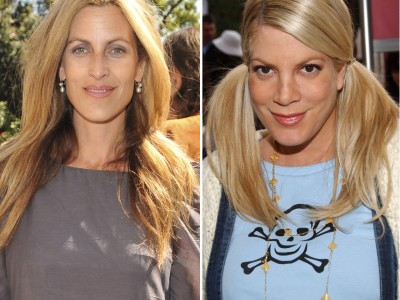