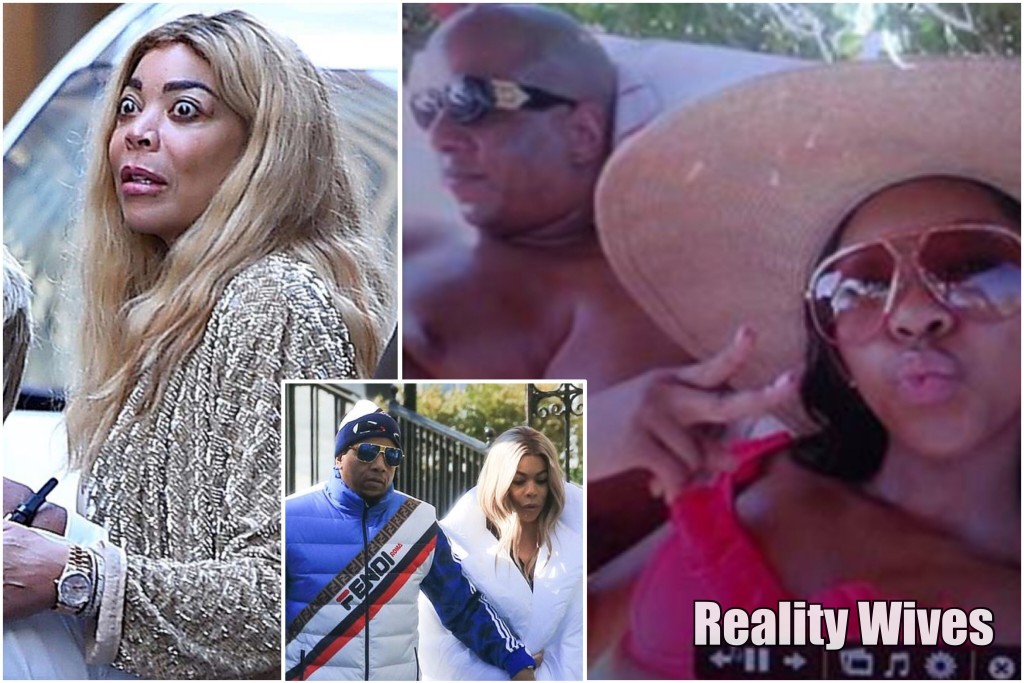 Wendy Williams’ cheating husband has told his decade-long mistress he can’t leave his wife of 22 years because she paid all the bills, DailyMailTV can exclusively reveal.

It’s understood the affair is at the root of 54-year-old Williams’ dependence on alcohol and prescription drugs after she finally admitted on Tuesday she’s living in a sober house to tackle her demons after being contacted by DailyMailTV for comment.

Hunter’s mistress has given her married boyfriend several ultimatums, insisting he leave Williams so they can settle down and start a family together, according to a source close to the couple. 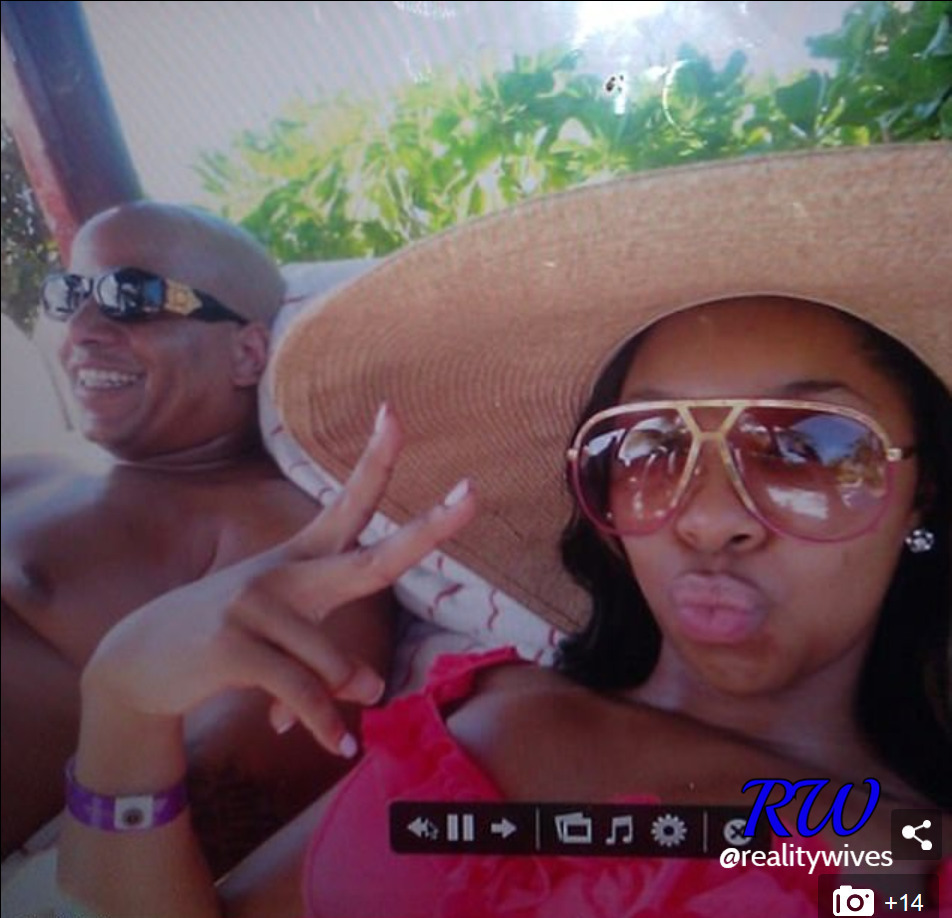 Kevin Hunter & Sharina Hudson having fun in the sun

But Hunter – who manages his TV star wife’s career and runs a production company they jointly own – has given her a reality check and insists on continuing to juggle both women.

‘Kevin is in love with Sharina but he told her he can’t leave his wife, but the only reason he is still with Wendy is because he and Sharina can’t take care of themselves – they need her money,’ a source told DailyMailTV.

‘Sharina has given Kevin several ultimatums over the years and he’s had to point out, ”we can’t afford to take care of ourselves”.

‘She’s living in a very nice apartment in Manhattan he pays for and he got her a studio in midtown for one of her many businesses that he supports.

‘He put her through school to be a massage therapist, he opened a kiosk for her at a mall in North Carolina where she’s from. 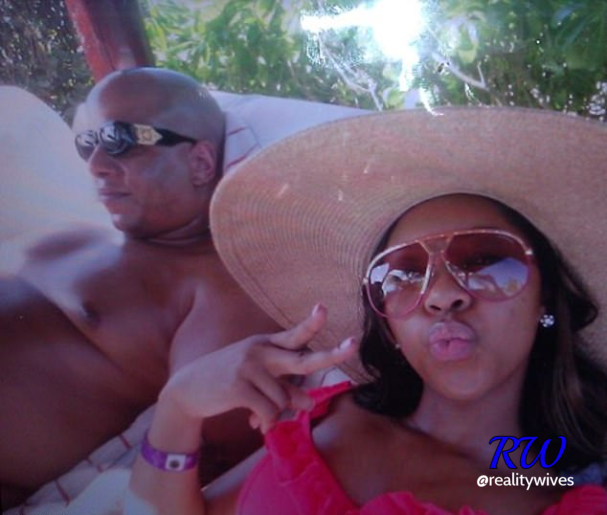 ‘He helped her set up a jewelry and clothing line online called VISH. But none of her businesses have been a success.’

This comes as new intimate photos obtained by DailyMailTV show Hunter and his mistress getting up close and personal.

In a recent snapshot seen by DailyMailTV, the pair pose up next to each other in bed surrounded by white pillows and white sheets.

Hunter is shirtless while Hudson appears to be wearing a tube-top night dress and flicks a peace sign at the camera.

In other shots seen here, the pair are lounging on what appears to be a double sun bed while on vacation together.

Hudson is wearing a bright pink bikini, large sunglasses and sun hat while Hunter is shirtless and smiling next to her.

DailyMailTV learned the TV host confronted Hunter about his mistress after she hired a private detective and told him: ‘Don’t you dare humiliate me.’

But the situation caused her to spiral out of control and turn to booze and drugs.

On Tuesday morning Williams broke down in tears on her show, admitting she had been living at a sober home and was attending meetings around New York City.

Her confession came hours after DailyMailTV contacted her rep to seek comment about the story after we discovered she was staying overnight at a private facility run by the Pure Recovery Network in Queens to treat her addiction to alcohol and prescription drugs. 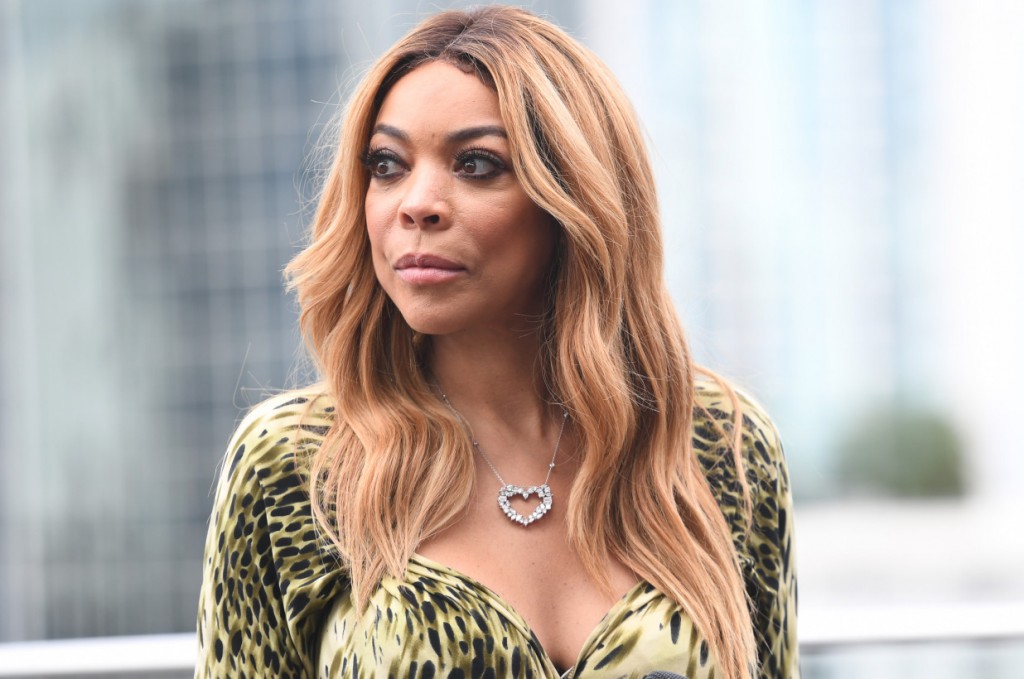 The revelation flies in the face of Williams’ public claim her extended break from The Wendy Williams Show was for ‘medical reasons’.

She later clarified that she was grappling with complications surrounding her Graves’ disease, which effects the thyroid, and a fractured shoulder.

On Tuesday, DailyMailTV reported her relapse was sparked last December when the star hired a private investigator to spy on her cheating husband who she suspected was still carrying on with his mistress Hudson.

In 2017, Hudson had been at the center of a DailyMailTV expose revealing her ten-year affair with Williams’ husband.

Hunter was discovered splitting his time between his family’s home in Livingston, New Jersey, and a luxury $700,000 two-bedroom condo he owned 30 miles away in Fort Lee, New Jersey, where Hudson was living there from 2015.

Fast forward to September 2017 and Hunter had moved his mistress to a suburban $765,000 four-bed, 3,900 sq ft single family home in Morristown, New Jersey – where both of their names were listed on the mailbox.

Hunter has since moved Hudson into a luxe apartment in New York City.

In December, after being told the secret affair was still very much alive, Wendy confronted Hunter demanding to know why he was still seeing the qualified massage therapist.

During the heated clash, it’s believed Williams fell and hit her shoulder on the ground, suffering a hairline fracture.

Devastated, Williams quickly plunged into a depression while recovering from the injury and began drinking heavily and popping pills.

And instead of returning to her show in the new year, Williams flew to Delray Beach, Florida, where she checked into a luxury detox and rehab facility.

Shockingly, the source reveals that when Williams’ husband visited his wife in rehab he took his mistress along for a mini-break.

‘Kevin flew to Florida to visit his wife and took Sharina with him,’ the source said. ‘She stayed at the hotel while he went to see Wendy during the day.’

The source says that whenever Hunter takes his wife on vacation, his mistress is usually there too.

‘Every time he takes Wendy to Miami for the weekend, Sharina travels separately and stays at another hotel down the street,’ the source said.

‘Wendy knows about Sharina but is willing to put up with it as long as there’s an understanding that there will be no baby and she doesn’t get humiliated.’

The source added that Williams has been ‘brainwashed’ by her husband.

‘He controls everything, he takes her phone, she has zero friends, she’s not in regular contact with her family. He controls every aspect of her life because he’s insecure,’ the source said.

‘His only skill is spending her money and the money trickles down to Sharina.

‘Wendy’s attitude is disgusting so no one has sympathy for her.

‘She started deteriorating on the show in plain view, but she fed her fans this story about Graves’ disease, and now it comes out that it was alcohol and drugs all along.’

DailyMailTV reached out to Williams’ rep for comment but none was provided.