Woman Awarded $83MILLION After Debt Collection Agency Sued Her For $1,000 & And Harassed Her Non-Stop Over A Credit Card Which Was NOT Hers 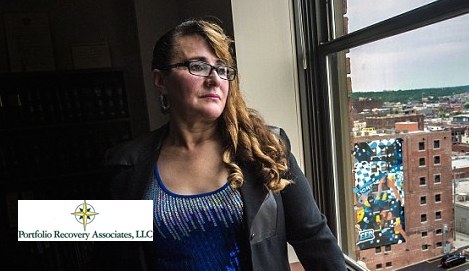 A Missouri woman has been awarded $83 million after a collection agency Portfolio Recovery Associates LLC sued her for a $1,000 credit card debt she never owed.

Portfolio Recovery Associates LLC, one of the biggest debt buyers in the country, was found guilty by a Kansas City jury for maliciously prosecuting Maria Guadalupe Mejia for a debt that actually belonged to a man with a similar name. The collection agency was fined $250,000 for violating the Fair Debt and Collection Practices Act and $82,990,000 in punitive damages for malicious prosecution.

Mrs Mejia, 51, said that, although she knew she didn’t owe the company any money, she was absolutely ‘terrified’ when she was served the lawsuit in 2013.

A spokesman for the company, Michael McKeon, called the verdict “outlandish” and said it “defied all common sense.”
“We hope and expect the judge will set aside this inappropriate award and we plan to file motions to make that request formally in the near term. Any fair reading of the facts of this case makes plain that a verdict of this size is not justice by any means, and cannot stand.”

The company added that, unless the verdict is reduced or overturned, “the verdict could have a material adverse effect on the Company’s financial condition and/or operations.”

In 2014 PRA reported total revenues of nearly $881 million and net income of $176.5 million. The punitive damage award amounts to nearly half the 2014 net income figure.

On the advice of her attorneys. Mrs Mejia, 51, was not available for comment pending a final judgment in the case. But in a written statement, she said:
“On February 6, 2013, my husband came to my place of employment and handed me the lawsuit Portfolio Recovery Associates, LLC had served him with at our home. They wanted me to pay them over $1,000. I did not owe this company any money. My husband and I were already struggling just to keep our children fed and the lights on. The lawsuit terrified me. I feared they would take my house and I feared they would arrest me. I was very shocked that they sued me for one year and three months even though I never had the credit card. And after they dismissed the case, they said they might sue me again.I am so thankful to the jury for giving me and my family justice. This should not happen to anyone and I hope the jury’s verdict will stop Portfolio from doing this to others. I am grateful that my name is totally cleared and my family and I can move on.”