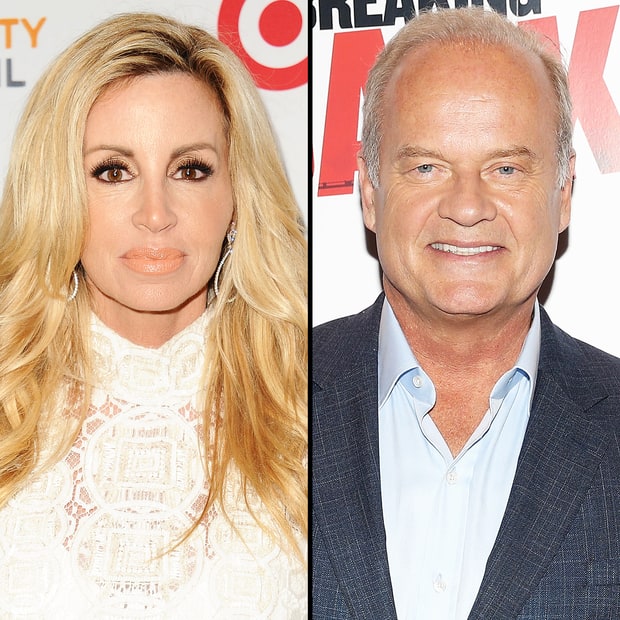 The Real Housewives of Beverly Hills alum, 48, took a jab at the actor when revealing whether she would tie the knot again.
Celebrity Splits of 2016

"Yes, I am open to marriage again. Am I ready at this moment to get married again? No. You know, I believe in love. I believe in a marriage that could last and stand the test of time," Camille shared. "I always thought that once I got married it was forever. My ex didn’t think that. … You never know with Kelsey. He changes marriages like he changes characters, you know, for movies or shows. But yes, I’m open to love, absolutely. And marriage, yes."

Camille and the Frasier star, 62, split in 2010 after 13 years of marriage and finalized their divorce the following year. They share daughter Mason, 15, and son Jude, 12.

Although there's clearly still some tension, the exes have moved on from the split. Kelsey married film producer Kayte Walsh in February 2011 and the couple are parents of daughter Faith, 4, and sons Kelsey Gabriel, 2, and Auden, nearly 4 months. He's also dad of Greek actress Spencer, 33, from his marriage to Doreen Alderman and Awkward actress Greer, 25, from his relationship with Barrie Buckner.

For her part, Camille is now dating an attorney. "I wanted to take it slowly, but, we've been fast-tracking it and having a great time. Going on trips together. I didn’t plan it to go fast, we’re just having a really good time and enjoying spending a lot of time together," she gushed. "It's been great. I'm very happy. I'm with a good guy and we'll see what happens."