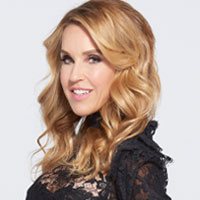 Kara Alloway
Wife, mother and fashionista, Kara is a notable member of Toronto’s social elite. She spends the bulk of her days arranging and attending charity fundraisers, attending fashion shows, which sees her rubbing shoulders with designers like Mikael D and Matthew Gallagher, on top of her role as Marketing Director for her husband’s company. With a project always on the go, be it a high-profile event, getting her realtor’s license, writing a book or flaunting her latest designer fashions on her Instagram account, Kara is an electric force.

Well-established in the Toronto social scene, Kara has struck up friendships and feuds with many of the other wives and effortlessly floats between the old and new money crowds. With her born-again Christian values at the root of all she does, her traditional grounding can sometimes place her at odds with the other liberal-thinking housewives. 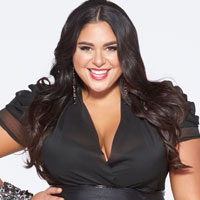 Roxy Earle
With big style, big personality, and an even bigger bank account, Roxy is a dynamic force. This gorgeous, curvy, outspoken, jet-setter is second wife to the prosperous Toronto tech investor Raghu, but don’t call her a trophy wife. She was a successful marketing and advertising executive before she tied the knot, and has her sights set on building her own lifestyle brand.

Being a younger wife, Roxy knows women may see her as a threat, but she’s happily married, confident and has all the money in the world not to care. 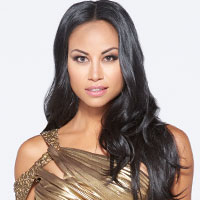 Gregoriane (Grego) Minot
Grego is a proud mother of two who lives in the moment, and is the life of the party. Adopted at two weeks old, Grego was raised in Montreal but now calls Toronto home. Known for her work as a well-established French Canadian actress, she put her career on hold to start a family. Married to nightclub owner and restaurateur Pierre Jutras, who runs Toronto’s prestigious, members-only Spoke Club, and Spoke on the Water on Toronto Island, Grego is accustomed to being part of Toronto’s social elite, whether it be putting on or attending the city’s most exclusive parties and events.

Grego has crossed paths with most of the wives before, as some hold memberships to her husband’s clubs. She has a long time friendship with Joan and is neighbourhood friends with Jana. With a love for all things fabulous – designer clothes, Louboutin shoes, fine dining and rare bottles of wine – Grego’s vibrant personality and zest for life is irresistible.

Ann Kaplan Mulholland
An intoxicating mix of beauty and brains, Ann is definitely one-of-a-kind. A self-made business woman, Ann spends the bulk of her days as the CEO and President of iFinance Canada Inc., the parent company to Medicard, Petcard and Dentalcard. She is also the proprietor to a portfolio of luxury real estate properties across Canada. In addition to running her business empire, Ann is also an author, public speaker, media personality and a huge public supporter of Fashion Cares. She’s earned everything she has, making her completely unapologetic about her extravagant lifestyle.

Married to Stephen for 15 years, one of Toronto’s top plastic surgeons, the couple call the affluent Forest Hill neighbourhood home. Between them, they have eight children, two of who are solely hers, another two who are Stephen’s, two of theirs together, and finally two others she took in after a tragedy struck her family. 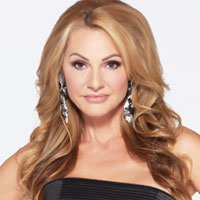 Joan Kelley Walker
Growing up in a small Canadian prairie town of Wilcox, Saskatchewan didn’t stop Joan from dreaming of a big city life. Elegant and composed, she first made her mark as a model, eventually adding television host, producer, writer and humanitarian to her resume.

Even with her professional accomplishments, Joan is probably best known as the wife of Don Walker, CEO of Magna International, one of the richest men in Canada. They have two kids together, and she is step-mom of two sons from Don’s first marriage. The Walkers have multiple luxury properties including a sprawling compound in King City, a chic downtown condo, and vacation homes in both Colorado and Miami. However, their large cottage compound in Muskoka is what draws the most attention. 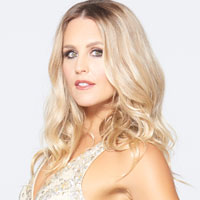 Jana Webb
Jana is a sizzling CEO of her company JOGA (Yoga for Jocks) and a single mother who is all about balancing family and business with pleasure. Jana’s not looking for Mr. Right, only Mr. Right Now as she continues to grow her fitness empire.

Jana has spent a lot of time and money building her JOGA business. She currently has more than 300 certified trainers across Canada, who collectively train thousands of athletes, including professional players in the MLB, NBA and CFL. With a focus on expanding her business, she’s looking to take her program international, as well as opening a flagship bricks and mortar location in Toronto. Having earned everything herself through hard work and perseverance, it’s not hard to see how she could be easily annoyed by women who’ve had everything handed to them by their husbands.

A relative newcomer to the Toronto social circuit, Jana has a roster of celebrity clients and fabulous friends that would make even the richest housewife jealous. Jana can often be found jet setting with Joan or hanging out with Grego as they both live in the Beaches neighbourhood. When you put these three women together, they definitely know how to have fun.

Return to “Real Housewives Of Toronto”