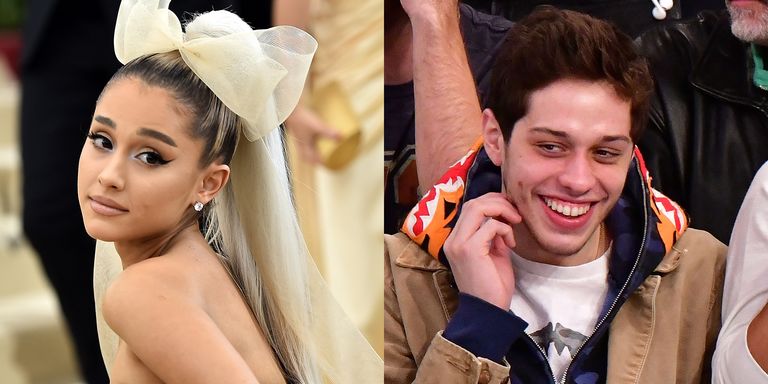 She’s so into him! Ariana Grande and Pete Davidson are engaged after a few weeks of dating, multiple sources confirm to Us Weekly exclusively.

“They are a perfect fit. They are not rushing to get married,” one insider says. “Their friends are really excited and supportive.”

A second source tells Us that the couple “were telling people that they’re engaged” at Robert Pattinson’s birthday party in Los Angeles on Saturday, June 9.

“They are both constantly making each other laugh,” the first source says. “Their moms have met. They’ve been very public with their relationship on social media, and they are very in love.”

A third source adds, “They are looking forward to a very long engagement together.”

Us Weekly confirmed on May 21 that the “No Tears Left to Cry” singer and the Saturday Night Live star, both 24, are an item. The news came just a few days after Grande announced her split from her boyfriend of nearly two years, Mac Miller. She and the “My Favorite Part” rapper, 26, officially ended things ahead of the 2018 Coachella Valley Music and Arts Festival in late April, but “in actuality, the relationship had run its course long before that,” one source says. In May, Us broke the news that Davidson and Cazzie David had also called it quits after dating on and off for two years.

Since then, Grande and Davidson have shared several photos and videos together on their Instagram accounts. They confirmed their relationship with a Harry Potter-themed snap on May 30.

The comedian got two tattoos inspired by the Grammy nominee earlier this month. He had the bunny ears from the cover of her 2016 album, Dangerous Woman, inked behind his ear in addition to her initials on his thumb.