It's Official: Julie Chen Exits 'The Talk' Via Video Message

It's Official: Julie Chen Exits 'The Talk' Via Video Message 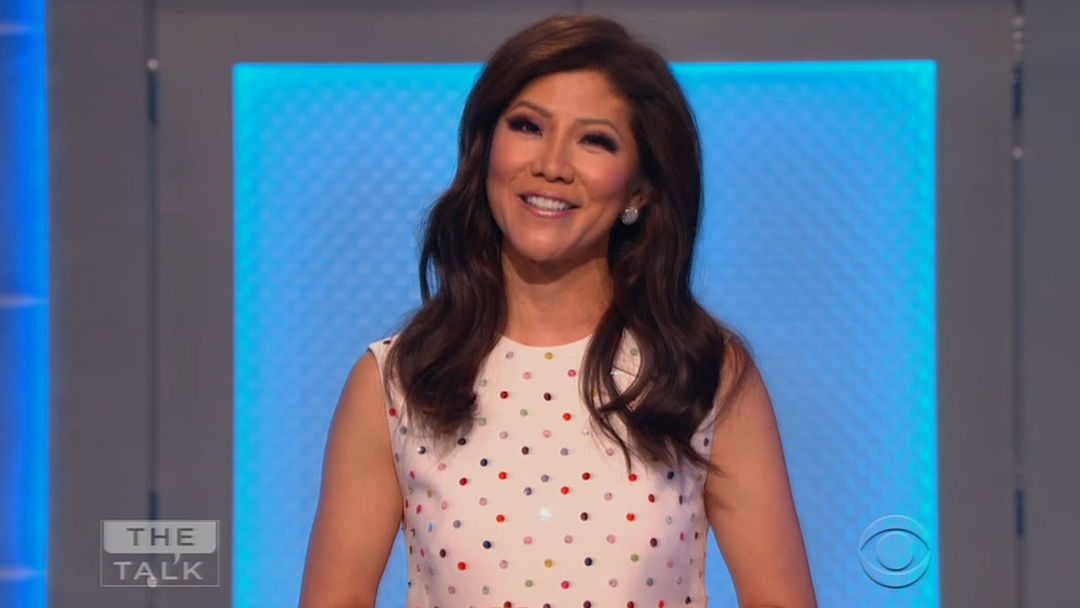 The co-host had been absent from the CBS daytime talk show since her husband, former CBS CEO Leslie Moonves, resigned from the network after facing multiple allegations of sexual misconduct.

Julie Chen has officially exited The Talk, she announced via a pre-taped video that aired on the CBS daytime show Tuesday, more than a week after her husband and former CBS CEO Les Moonves resigned after facing numerous sexual misconduct claims.

After an opening that teased a "message from Julie," co-host Eve said at the top of the show that viewers would hear from Chen within the hour. The co-hosts then moved on to discussing other stories in the news, and it wasn't until the end of Tuesday's episode that Chen addressed the audience and co-hosts.

Eve introduced the video from Chen, which she said was recorded from the set of CBS' Big Brother and that the co-hosts and audience were hearing for the first time. In part, Chen said, "I need to spend more time at home with my husband and our young son, so I've decided to leave The Talk. ... I'll always cherish the memories we shared. ... I love you all, and I know this show and the sisterhood it stands for will live on for many, many, many more years to come." She also thanked those who worked in front of and behind the camera on the show, including her fellow co-hosts. She didn't directly address the allegations against Moonves.

Chen choked up as she told those behind the scenes how much she would miss them, and after the video ended, Talk co-host Sheryl Underwood could be seen wiping away tears and guest host Carrie Ann Inaba, who Chen said she thought should replace her on the show, also looked emotional.

In closing, co-host Sara Gilbert said, "I know I speak for all the hosts when I thank you for eight years of friendship and all you did to contribute to the success of this show. We love you Julie, and to all of you, thank you, and we'll see you tomorrow."

CBS released the following statement about her departure: "For eight seasons, Julie Chen has co-hosted The Talk with incredible energy, grace and professionalism. Her talents played a big role in our successful launch of CBS’ first network daytime talk show, and in the series growth into an Emmy Award-winning broadcast. All of us here have tremendous appreciation for the dedication and passion she brought to the show every day and for her generous role as an ambassador for CBS Daytime. We are grateful for her many other contributions, respect her decision and wish Julie all the best in everything she does."

Chen's move comes more than a week after taking a leave of absence from her role on the talker after Moonves' exit.

Moonves resigned on Sept. 9, with Chen releasing a statement the next day saying she'd be away from The Talk for a few days to be with her family. She would appear on that Thursday's Big Brother, she said, and she did, where she signed off as "Julie Chen Moonves."

During her absence, Chen's Talk co-hosts continued to discuss new developments involving Moonves and CBS, which also last week also saw the exit of 60 Minutes executive producer Jeff Fager after her sent a threatening text to a reporter investigating allegations of inappropriate behavior by him.

News of Chen's planned departure first emerged Monday night, with sources confirming that she would say her goodbyes to the show via a videotaped message on Tuesday.

Chen is expected to continue as host of Big Brother, which is about to wrap its 20th season.

After the first batch of allegations against Moonves came out in a July 27 New Yorker story by Ronan Farrow, Chen released the following statement on Twitter: "I have known my husband, Leslie Moonves, since the mid-90s, and I have been married to him for almost 14 years. Leslie is a good man and loving father, devoted husband and inspiring corporate leader. He has always been a kind, decent and moral human being. I fully support my husband and stand by him."

The following Monday on The Talk, she said that she would stand by those remarks.

Watch Chen's full farewell speech, which she tweeted after it aired on the CBS show, in the video below, and read a transcript of her remarks below that.

"I have been at The Talk since the day it started nine years ago, and the cast, crew and staff have become family to me over the years. But right now I need to spend more time at home, with my husband and our young son, so I've decided to leave The Talk. I want to thank everyone at the show for the wonderful years together. I will always, always cherish the memories we shared. Most importantly, I want to thank you, the viewers, for allowing me into your home every day. It was a privilege that I will forever be grateful for. To everyone behind the scenes, I send you my love. I will miss you all very, very much. To Eve, you're the newest one at the table, but I feel like I've known you forever. You're even more beautiful on the inside than you are on the outside, if that's even possible, because you know I think you are flawless. Sheryl, thank you for being the perfect go-to partner for the last seven years: I open, you close and you always bring down the house. We called ourselves 'the bookends,' remember? And we always laughed when we said it to each other. Your wit and timing and humor and intelligence is simply unparalleled. You are incredible. Carrie Ann, I don't know, but in my opinion you look awfully good sitting in that chair, my Asian sister. I'm just saying. And finally to Sara and Sharon, we've been together since day one at The Talk. I've spent every day with you both. I will always treasure our friendship, the great parenting advice from both of you and the memories and laughs and all of the private jokes that the three of us have shared. We are the original three musketeers. I love you all, and I know this show and the sisterhood it stands for will live on for many, many, many more years to come. You ladies got this, and I can not be more proud to call you my friends. I love you."

Users browsing this forum: No registered users and 4 guests