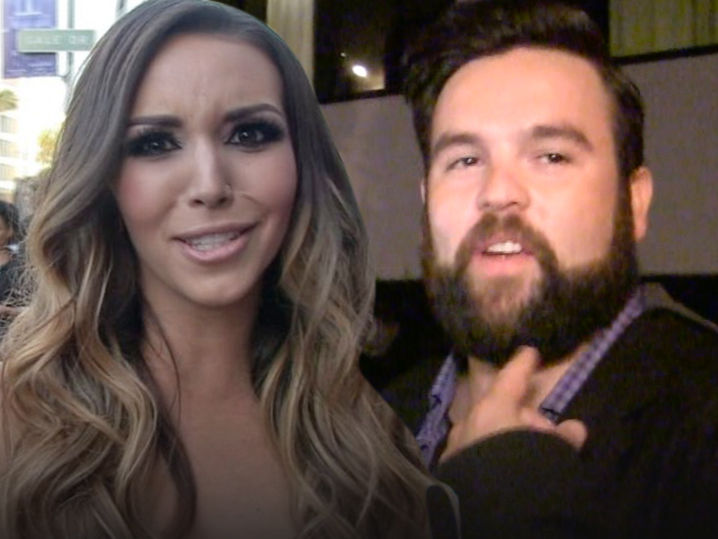 Scheana Marie believes her ex-husband could blow through his $50,000 divorce settlement on drugs, RadarOnline.com has learned.

The Vanderpump Rules star appeared on The Tomorrow Show, and revealed that although her split from Mike Shay was “very amicable,” she “didn’t want to give $50,000 to a person with a drug problem!”

“He was a pill popper,” she said. “It started with opiates. Then it was alcohol with opiates…and then he got clean. And then it turned into Adderall, marijuana and eventually alcohol again.”

Despite not trusting him with the cash, she admitted her rocker ex earned it.

“He deserved it for just being a part of the show for so long and my life and my story, and I’m like, look, I’m not trying to like cut you out and leave you high and dry,” she said of the settlement, noting that she enabled him in the past.

“He wasn’t a person who was ever really good with money,” she added. “I was just like, I recommend that you put $10,000 into like SEP-IRA, start a retirement account or something that you know you can start getting interest on, and he was like, ‘Yeah, that’s a great idea.’ I doubt he did that.”

Shay revealed on the Vanderpump Rules reunion that he was investing in his business and music group, Dat Dope Group. So far, he has only released a track slamming his ex-wife.

The reality star filed for divorce on November 30, just weeks after Shay allegedly went missing and relapsed on drugs. Sources close to the rapper insisted he was clean at the time.

Their split was finalized in late April, and they will officially be single on July 25 of this year. Marie got to keep her cars and retirement account in the divorce, and Shay, 29, got to keep his own car — and her cash.

Marie, 31, appeared on the show with WWE star X-Pac, who arrested for meth and marijuana possession over the weekend.

He denied using meth to the show’s hosts, and claimed that he only uses cannabis.