by Ally Pereira
So the season begins with the viewers meeting the cutest, happiest, always giggling 16-year-old Mackenzie Douthit. in the first scenes she is shown on 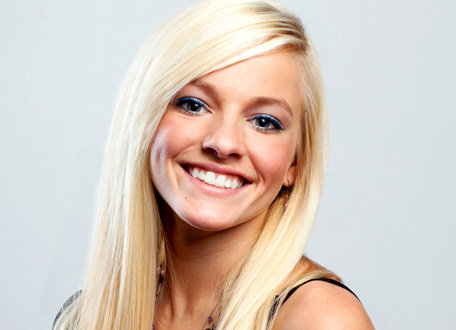 a merry-go-round having a fun time with her boyfriend and acting like the young teenager she is. The only difference between her and the other young teens at the carnival is the baby bump she has and the way she cracks jokes about her water breaking. Although both Mackenzie and her boyfriend Josh are obviously young, they are incredibly mature and have a strong relationship.

Josh wants to be a professional rodeo rider and when Mackenzie talks to him about possibly giving this up because of the chances of his hurting himself, Josh says that he understands where she’s coming from but that rodeo is his first love.

Shortly after this we see some tension between Mackenzie and Josh, with Mackenzie being upset about Josh spending his free time at the rodeo instead of job searching. Then Josh is late coming home to look at daycare options, and Mackenzie receives a gut wrenching phone call that Josh has been in a bad car accident. Suddenly Mackenzie’s dream of finishing high school, having Josh’s total help, and putting Gannon in daycare is in jeopardy because Josh might need neck surgery and won’t be able to work.

Mackenzie’s water breaks in the middle of the night and she’s lucky to have a supportive mom to drive her to the hospital. After seven hours of labor, doctors decide that the baby is too big and that Mackenzie will need a C-Section. Baby Gannon is born via C Section while Mackenzie’s mom tapes her and Josh’s reactions to the baby’s first breaths.

Luckily, Josh is extremely supportive and takes care of Gannon during the day so Mackenzie can go to school. She goes back to tumbling seven weeks after giving birth and has a really tough time landing her jumps. It seems like Josh is having a difficult time losing time at the rodeo and Mackenzie losing some of her tumbling skills. The episode closes with Mackenzie giving Josh an ultimatum, give up bull riding or lose her. He chooses her.