This episode of 16 and Pregnant proved to be the most emotional one yet. Although this isn’t the first 16 and Pregnant girl to lose her baby’s dad, it is the first to talk about it on the show. The father of Farrah’s baby Sophia, passed away in a car crash when she was pregnant but it wasn’t talked about until later seasons of Teen Mom. This episode begins with Kristina talking about how happy she was. She picked out a prom dress at the same time her boyfriend picked out an engagement ring. They were engaged to be married, extremely happy, she was expecting a baby, and then he passed away. The two were swimming in the ocean when a current dragged them out. Miraculously, Kristina was saved by a lifeguard but sadly Todd died.

The episode is seemingly dreary and although it is documenting Kristina’s first pregnancy and the arrival of baby Lucas, there seems to be a level of darkness surrounding it. Rightfully so, since they are mourning the loss of a soon-to-be-father.

Kristina’s relationship with her mother is strained and it’s a little unclear why exactly. Kristina’s mother was at the beach the day Todd passed away and Kristina almost drowned, and it is obvious she blames herself. Despite Kristina’s insistence that she doesn’t want to talk about his passing anymore, Kristina’s mother continues to bring up every chance she gets. People mourn differently, but after losing someone it is very hard having to talk about it. I can’t imagine being 16, 6 months pregnant, and everyone asking questions. Kristina’s mom is begging for attention from Kristina, but in all the wrong ways. The tension comes to a head when Kristina goes into early labor and has to be hospitalized at 7 months. Her mom is visiting when Kristina begs for her Aunt Dolly to come stay with her. Then, when the doctor opts for a C-Section (This time censored enough that we don’t see inside the operating room at all thank goodness!) six weeks early, Kristina says she doesn’t want anyone in the room with her. Her mom begins to cry and walks out of the room. Aunt Dolly talks Kristina into allowing her mom in the room.

Probably the saddest part of the entire episode, and the one that brought tears to my eyes, was after baby Lucas was born and Kristina was filmed in her hospital bed surrounded by pictures of Todd’s smiling face. 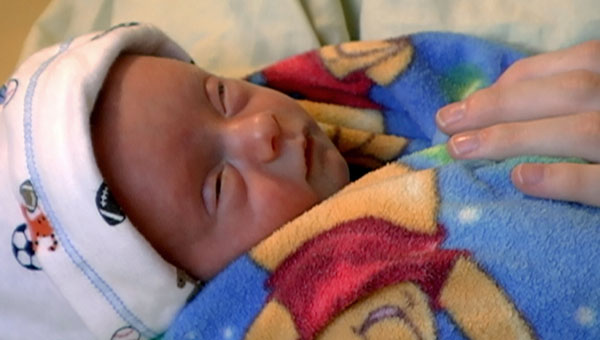 I spoke too soon on the censoring. Thank you MTV for showing us Kristina getting her staples out!

Baby Lucas has to stay at the hospital following his birth because he is 7 weeks premature. Kristina visits him but cries leaving the hospital without him. A long 3 weeks later, Kristina is finally able to take Lucas out of the ICU and head home with him.

This episode showed how hard it is to mourn the loss of one life while celebrating the birth of another. Despite all the heartbreak and tragedy, Kristina pulled through, out of love for her son and attended therapy to talk about her pain. I’m really glad that she decided to go to a therapist and get the help she needs. Through all the sadness, there is a spark of light. Little Lucas looks just like Todd, and a piece of Todd lives on through him. 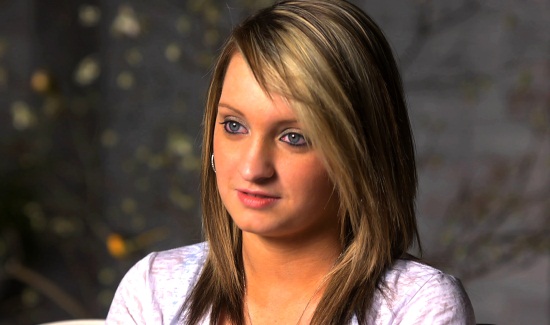