Let’s start this blog off by saying that the news broke today that teen birth rate in the United States is at an ALL TIME LOW. I think we have MTV, 16 and Pregnant, Teen Mom, Dr. Drew, and Morgan Freeman to thank for this. Their continued efforts of showing how hard it is to be pregnant at sixteen and a teen mom has helped teenagers realize the importance of being sexually safe. Thanks to all the girls for sharing their stories as well!

Lindsey’s episode is no easier than the rest. Lindsey is 16 years old, the third born of four girls, shares a room and a bed with her little sister, 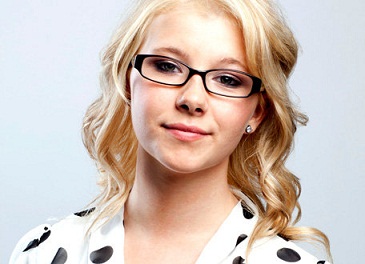 and lives in Reno, Nevada. What immediately stuck out to me was that Lindsey has had a relationship with her boyfriend Forest on and off again for four years. A long term relationship like hers and Forest’s is extremely rare for teens. Lindsey shares her hopes and dreams from the start; to go to college, enter the police academy, be a model, and a professional cage fighter. While Forest doesn’t currently have a job, Lindsey has been working long hours at a fast food restaurant while pregnant.

When Lindsey’s friends ask her how she got pregnant. Lindsey explains, “We used condoms a lot, we really did. But one time we did it before without a condom and we didn’t get pregnant. So I kind of thought I couldn’t.” She then explains that she never thought that one time would change her life forever. When Lindsey first broke the news to Forest that she was pregnant, he told her she should get an abortion. Shockingly, Lindsey’s mother also recommended an abortion because she feared the baby would cloud Lindsey’s future goals and that she would end up being the main caretaker. Lindsey chose to keep her baby, and Forest was so mad he broke up with her for a few months.

After having time to cool off and realize that the baby is coming whether he is ready or not, Forest decides to make up with Lindsey. They go shopping and even pick a name for their baby girl together; Aniyah.

Lindsey’s episode shows how she is struggling between being a teenager and being a young mother. When asked about cage fighting, Lindsey starts crying. She never thought she wouldn’t be able to cage fight, train, or hunt, but she explains that the baby comes first now. When shopping for the baby, she takes notes and makes a budget. She is very surprised to see that it will cost almost five hundred dollars just to get the basic essentials for Aniyah. Lindsey also struggles with deciding whether or not to move in with Forest to save money and space. Despite being seven months pregnant, working extra shifts at work, and trying to make ends meet, Forest is unemployed. When Lindsey approaches Forest about getting a job, Forest’s mother insists that he remain jobless and do his schoolwork. What?!

After fighting with Forest, Lindsey has contractions early and is rushed to the hospital. At only 31 weeks pregnant, she is admitted, monitored, and given a steroidal shot to help the baby’s lungs mature. Due to her teenage pregnancy, she is at a higher risk of having a preterm baby. After her contractions stop, she is released from the hospital, ordered on bed rest, and Forest is still no where to be found. Weeks later, Forest contacts Lindsey and asks her to come over and talk even though she is on BED REST. Lindsey forgives way too easily, agrees to move in with Forest, and be a family as long as they agree to “respect each other.”

At exactly 36 weeks, Lindsey’s water breaks and she is admitted into the hospital. After five hours of labor baby Aniyah was born perfectly healthy, and boy was she absolutely adorable! Shockingly, Forest was by her side for the entire labor and delivery but leaves afterwards because his mom doesn’t want him missing too much school. When Forest leaves, Lindsey’s mom takes his spot by her bedside and the two fight over papers that needed to be filled out months ago but weren’t. I’m going to guess that Lindsey wasn’t just irresponsible and careless, but was probably totally stressed out from working the extra shifts and long hours and dealing with her teen pregnancy.

At the closing of her episode, Lindsey says it’s depressing to realize how different one year makes things. Last year she was training to be a cage fighter and now she’s changing diapers. Luckily, Lindsey and her mom make up with Lindsey’s mom expressing her love and need to be involved. Lindsey finally gets the nerve to tell her training coach that she had a baby and immediately starts crying the second she walks into the gym. How much do you love Rick already? He hugs her, offers his support, and tells her that she should have came to him earlier. He also says that he still believes in her power to go pro as long as she works really hard.

Overall this episode shows how a sixteen year old can step up to the plate when needed to. Although those around her pressured her to have an abortion, Lindsey stayed true to heart and chose to have the baby. She sacrificed her want to cage fight, hunt, and model in order to have a baby. She worked long, hard hours to make money for the baby, while keeping her goals and dreams not too far from reach. Whatever happens in Lindsey and Forest’s relationship, she has already proven herself to be an amazing mom who will one day fulfill all her goals.