by Ally Pereira
Alexandria Sekella is from Neffs, Pennsylvania. As if 16 & Pregnant wasn’t exciting and shocking enough with the first-time talk of abortions, her episode covers drug use. Majorly. According to Alexandria, her baby’s father 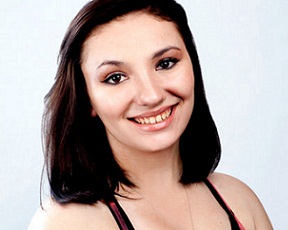 Matthew McCann has a serious drug problem. One she claims MTV toned down for television. She also recently tweeted that Matt has a lot in common with Briana’s baby’s father Devoin. We see how alike the two are because they are both pretty absent from their daughters’ lives.

Alexandria is a hard worker and that is apparent from the beginning. She works two jobs, dances, goes to school, and is pregnant. From the start Matt shows problems, with Alexandria saying that he parties too much, disappears sometimes, and has even been on probation before. Alex says that when she first found out she was pregnant she cried hysterical because she had been using protection and was also on birth control. She even went to get Plan B but couldn’t afford it because it was $50. Yes, you read that right, Plan B is REALLY that expensive. How many 16-year-olds do you think have that kind of money to lay out, without parental help? Not to mention the fact that if you’re under a certain age you need a doctor’s prescription to even get Plan B. Alexandria was also called a “whore” and “slut” in school by classmates. Just because a teenager makes a mistake and gets pregnant does not make her a whore or a slut. It’s very sad that people in her school called her that.

My heart breaks for Alexandria because she so badly wants this baby, even though she says adoption is best for her baby. Her mother tells her that she will not be allowed to bring the baby into the house and that that was the number one rule. She says she will not raise another baby and that Alexandria should be able to be a teenager. It must be hard to be a teen mom but Alexandria made an adult decision to have sex and she ended up pregnant. At the next ultrasound appointment, Alexandria and Matt see baby Arabella on the screen. Actually, I’m not 100% sure if Matt sees the screen, or if he even knows where he is. He is sweating profusely and his eyes are rolling in the back of his head. Alexandria’s voice overs have her saying “with Matt so out of it.” Translation: “with Matt so high.”

Wow. Can you believe the kindness of Alexandria’s friend’s mother who offers to adopt Arabella? Then also help her find a room for rent next door so that if she chooses to keep the baby she has a place to go. As hard as it is to see Matt in this state, he has some mature and smart things to say. He asks Alexandria if she can support Arabella, when she says I think so, I can try, he tells her that you need to know. It can’t be guessing. At the table meeting of the prospective adoptive family, Matt, and Alexandria, we see how both sides of adoption is hard. Does anyone else just want to hug the prospective adoptive mother? Her crying at the table when she hears that Alexandria is leaning towards adoption is precious! But it also shows how hard it is for the biological parents to make the hardest decision of their lives.

The next morning Alexandria goes into labor and spends FOUR hours trying to locate and contact Matt. Then Alexandria takes matters into her own hands when she has her friend drive her to Matt’s local hang out and picks him up. Was anyone else clutching their couch cushions hoping Alexandria didn’t give birth in the car on the way to the hospital?! Shortly after arriving at the hospital baby Arabella is born. After arriving home from the hospital, Alexandria, her mother, and the prospective adoptive parents sit down for a talk. Her mom starts off by saying “We all love you. We all love her. And everybody just wants what’s best, it is your decision.” And even though her mom told her she couldn’t live with her, shortly after Alexandria can’t make the rent, her mother offers her house and then throws her a welcome home shower.

Since daycare is too expensive to even fathom, Alexandria signs up for cyber school. She will be taking online classes for her senior year. Matt is out of the picture until we see Alexandria pick him up to bring him to school. Matt is dazing in and out, his eyes are closed, his head is drooping, and Alexandria says he reeks. When Alexandria is getting ready for work, her mother is nagging at her over whether or not Matt is going to actually watch the baby because she has “dinner plans.” She then asks what her next option is, if she has a back up plan, and Alexandria starts crying and saying that she has no one else to watch the baby. Three days later, when Matt resurfaces he explains his reason for not being present in Arabella’s life because “he had stated his opinion on adoption.” Whether or not that was his opinion the fact is is that Arabella is here and Alexandria has chosen to keep her. I hope Matt can man up and not just be a “check in the mail” to his daughter as Alexandria says. Matt then leaves and Alexandria chases after him calling his friends “crack heads”, him a “dead beat dad” and a “disappointment to her everyday”, and saying she doesn’t want him near her daughter anymore.

The fact that even after all of the pressure towards adoption, breaking up with Matt, and becoming both a teen mom and a single mom within months, Alexandria seems like she’s going to excel. She supports Arabella entirely by herself by working two jobs, keeps up with her school work, and is the best mom that Arabella could ever hope to have. Good luck with the dance studio Alexandria!

Fun Fact: Jacqueline Kennedy Onassis, JFK Jr., and Alexandria have something in common! They all chose the name Arabella for their daughter!

If you or someone you know has a substance abuse problem and wants help: National Alcohol and Substance Abuse Information Center Phone: (800) 784-6776.