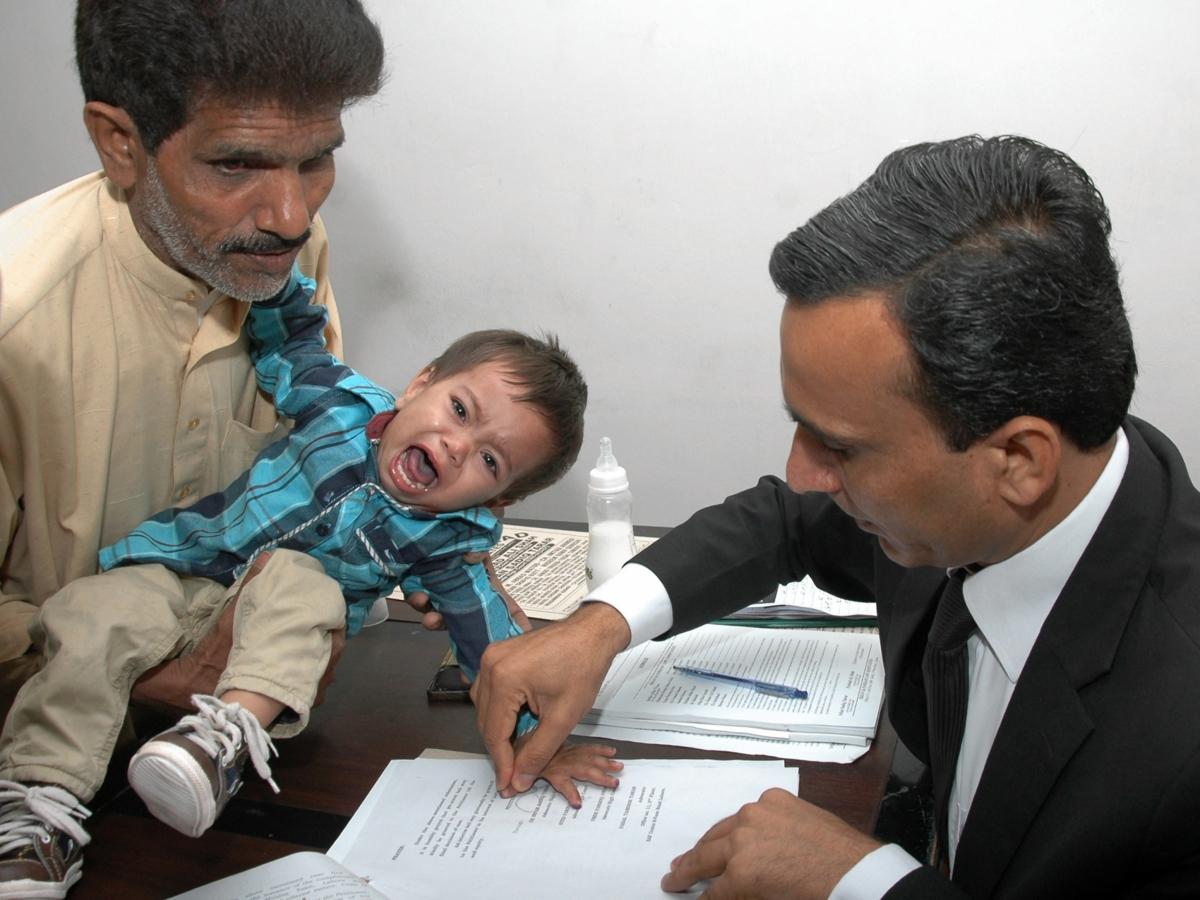 This picture of 9-month-old Mohammad Musa made me weep

This photograph taken on April 3, 2014 shows a Pakistani lawyer taking the thumb impression from nine-month-old toddler Mohammad Musa on a bail bond in Lahore. While many children of his age are still learning how to crawl, a nine-month-old boy in Pakistan has been accused of attempted murder in a case observers say highlights endemic flaws in the country’s legal system.

via Times Of India:
In a bizarre incident, a nine-month- old Pakistani boy has been booked for attempted murder by attacking a police team here. Musa was produced in court where Additional District and Sessions Judge Rafaqat Ali granted bail to the minor till April 12 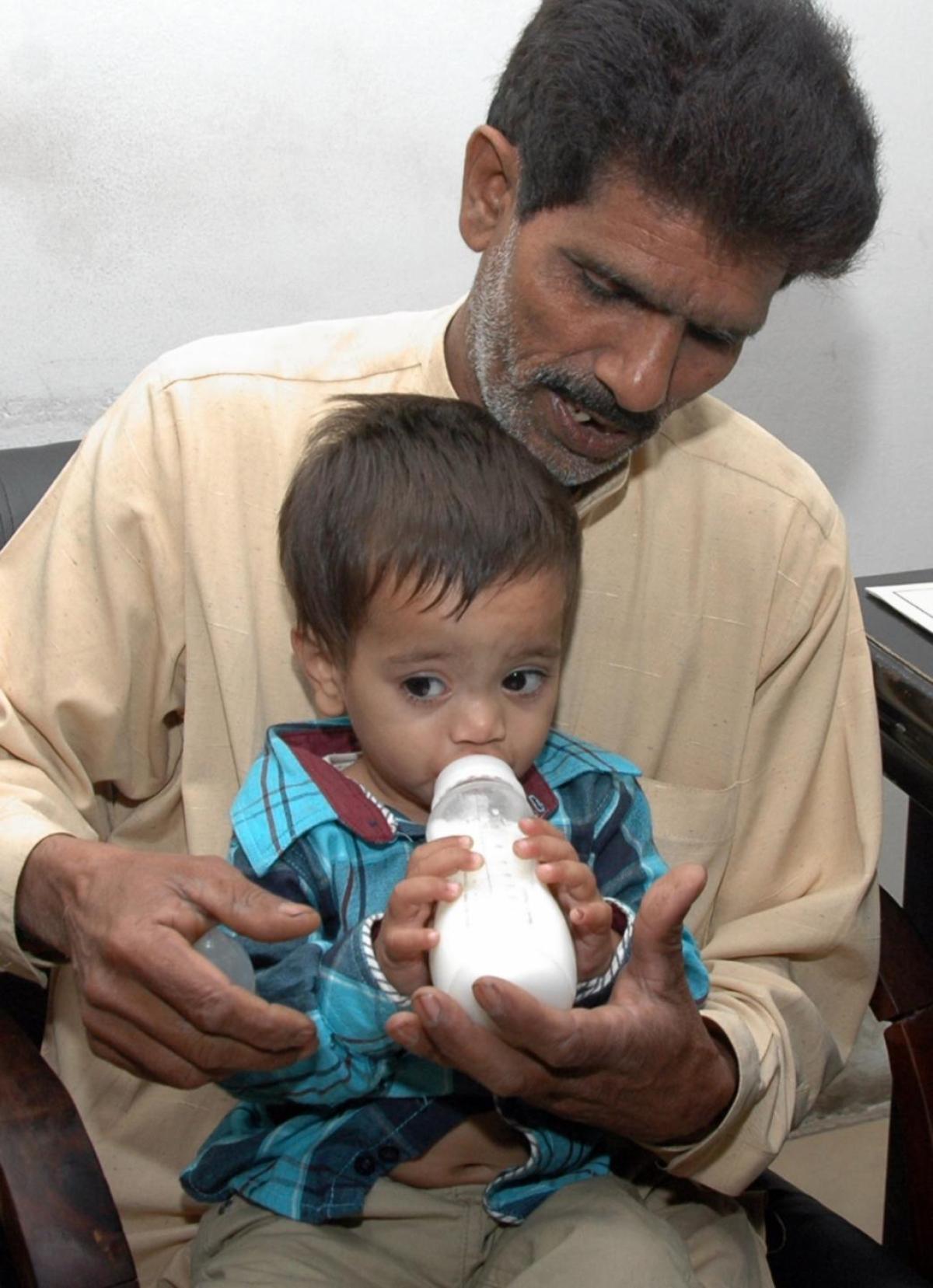 and directed the police to “record his statement”.
Police arrested Musa and his father Ahmed in an attempted murder case by attacking police team during raids in Muslim Town, Lahore and produced them in court.

Counsel for the accused, Irfan Tarar, said the minor would again be produced in the court during the next hearing.

“The bail of the minor will be confirmed once the police declare him innocent,” he said.

Senior Superintendent of Police Rana Jabbar said there had been misunderstanding on the part of police to book the minor in the case. He said he had suspended Sub-Inspector Kashif Ahmed for registering the case against the child. The child’s father said police had registered a fake case against him, his son and 25 others.

“Our crime is that we had protested against non-availability of electricity in our locality,” he said and urged authorities concerned to quash the FIR.

Baby Mohammad Musa along with his father (above) and other family members was booked for throwing rocks at gas company officials in the working-class Ahata Thanedaran neighbourhood on February 1, the family’s lawyer Chaudhry Irfan Sadiq told AFP Friday.

The young child is currently out on bail and in hiding, and due to appear at the next hearing on April 12 but the baby’s grandfather, Muhammad Yasin, told Reuters said he was not sure if he would take him to court for the case.

This is madness! What are your thoughts? Post your comments below.