A Drunk Brandi Glanville Gets Married In Las Vegas

Now you all know how I feel about marriage. Marriage is not a joke. But apparently some people think it is. 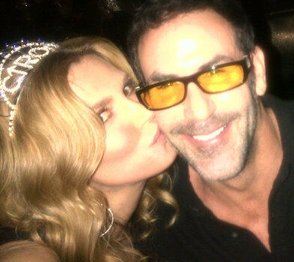 Friend of the Real Housewives of Beverly Hills 38 year old, Brandi Glanville got married on new years day, to someone she calls her best friend, Mixed Martial Arts manager Darin Harvey after a night of beers and strippers.

She took to twitter to inform her fans of her latest exploit. I wonder if Bravo cameras were there to film this ratings cannon ball.

Both Brandi and Darin plan to get the “” stunt, annulled.

Brandi’s sons Mason, 7 and Jake, 4 spent the new year in Aspen with their father, adulterer Eddie Cibrian, 38, and his wife, adulteress LeAnn Rimes, 29. Good job Brandi, you’ve made them look like the Brady Bunch. I wouldn’t be surprised if Eddie & LeAnn file for full custody of the boys. Brandi didn’t exactly exhibit mature and adult behavior when she pulled this stunt. 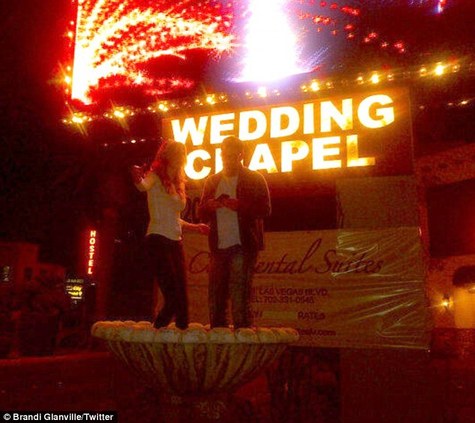 Follow my new husband! @darinharvey. Getting my ring tomorrow! Yes I did really do it!
yes…. I’m an official housewife, for reals… Again.
@darinharvey we shud try to stay married for !a bit!I’m a good jew I promise
@darinharvey don’t worry I think we can get it annauld! If not I will take the ferrari! Luvu 🙂

Don’t worry @BrandiGlanville and I had a crazy Vegas moment. Getting annulled tomorrow
@BrandiGlanville it’s a big blur bottle of Patron Elvis now I’m married. At least shes hot and sane
@BrandiGlanvilledid we really do it. remember Elvis then blacked out. Did I have you sign anything 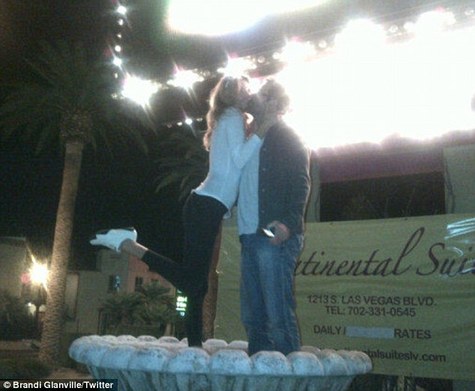 More in Real Housewives Of Beverly Hills (643 of 806 articles)