via TMZ:
Nice day for a white welcome — Adam Levine just got blasted with powdered sugar on his way into Jimmy Kimmel’s Hollywood studio.

The Maroon 5 frontman was actually taking time to greet fans when the sugar bomber attacked — seemingly landing a head shot on Adam with some sweet sweet powder … and leaving one side of his face completely white. He did NOT look happy. (Check out this new angle of the attack)

Unclear if the attacker was protesting on behalf of any particular group — or just some idiot prankster — but he was quickly detained by security until police arrived and arrested him for battery. Adam continued into the studio for his scheduled appearance.

No word on what he and the band will play, but our best guess — “Sugar.” 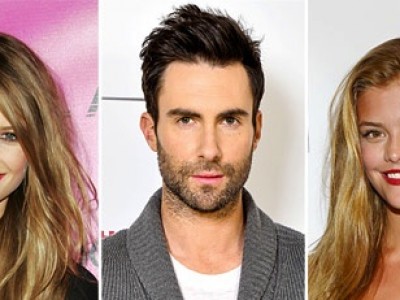