When we first reported about Larry Swilling over a year ago, he was desperately trying to find his wife a kidney. Larry set out to find an organ donor on his own. Larry took matters into his own hand and started walking all over his hometown of Anderson, South Carolina, begging for a kidney.

“I had to do something. She looks after me, and I look after her,” he said.

Larry and his wife Jimmie-Sue have been married for 57 years. Media outlets picked up the heart warming story which brought many readers to tears. Thousands of people called to offer their kidneys.

“There’s a mighty bunch of good people out there, just wanting to help,” Larry said.

More than 100 people, went through the testing to see if they were a match, and there was one. After searching for a full year, this week, Larry Swilling finally met the miracle donor. She’s a 41-year-old retired Navy lieutenant commander named Kelly Weaverling. 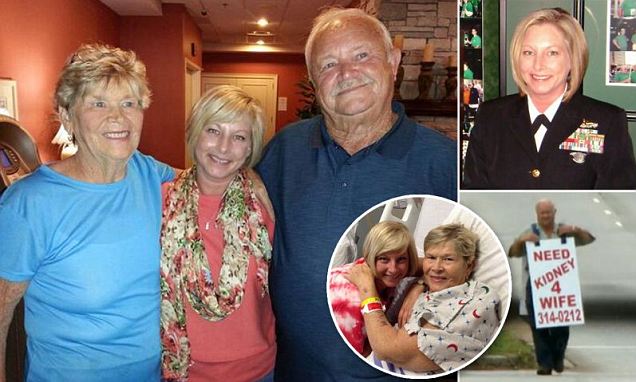 “Have you ever just had a feeling that was just a strong gut feeling that you just went with your instinct, because you just knew it was right? That’s exactly what happened. I could do something to give this family hope,” Kelly said.

The surgery took place on Wednesday morning, and by Wednesday afternoon, Larry, giving all the doctors bear hugs. Everything went perfectly. Now Larry says he has two new missions: to find other donors for other people, and to find a way to properly thank the woman who gave him his wife back.

“There’s not enough words,” he said, struggling to find a way to thank Kelly.

Related Articles
Man, 78, wears sandwich board to help wife of 57 yrs in search for life-saving kidney 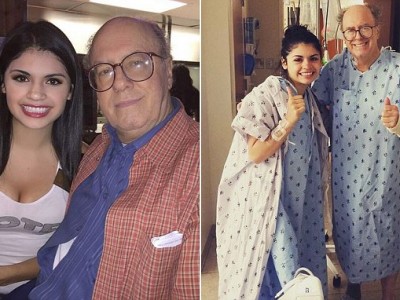 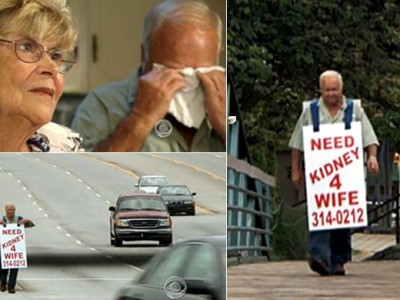