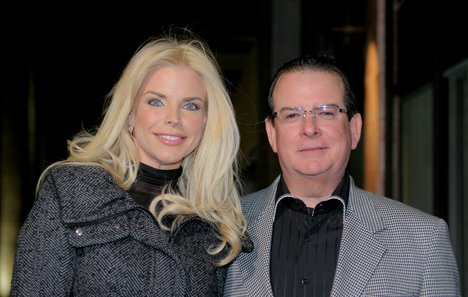 via US Magazine:
Real Housewives of Miami star Alexia Echevarria and her husband Herman Echevarria have decided to separate after 15 years of marriage, a source close to the Bravo star confirms exclusively to Us Weekly.

According to the insider, the Venue magazine founders have been separated for a few months now, and had been struggling with serious issues for a couple of years.

Despite their differences, the now-exes, who are currently living separately, will continue to run Venue magazine together. According to the source, Herman will remain a big presence in the lives of Alexia’s sons from her first marriage, Peter and Frankie. (Alexia was was previously married to drug felon Pedro Luis Rosello, who was sentenced to 24 years in federal prison after being part of one of the largest cocaine smuggling operations in the 1980s.)

However, there’s no chance of reconciliation. The insider tells Us that Alexia has contacted her attorney and will be filing for divorce.

More in Real Housewives of Miami (11 of 74 articles)