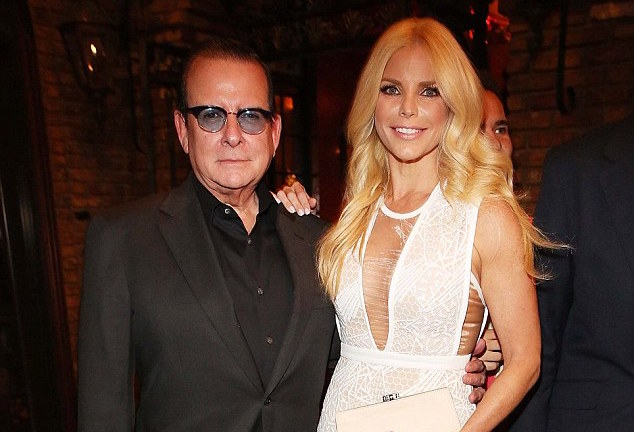 Miami businessman Herman Echevarria Sr. died Monday morning, Mr Echevarria, who lived in Miami Beach, was 61. Police are investigating the cause of death.

News of Mr Echevarria’s death touched many in the community. He had served as a Hialeah council member for 12 years, from 1985 to 1997. After a bitter battle against Raúl Martinez for the mayor’s seat, Mr Echevarria left politics to make his mark in the business world where he served as chief executive officer of BVK/Meka, a national advertising and marketing company on Brickell. He owned Venue magazine, fought to keep the Miami Heat in Miami and worked alongside Miami Mayor Tomás Regaldo to preserve downtown Miami’s Gusman Theater.

Another source tells us that the family believes it was a heart attack, but are waiting for medical examiners to determine.

Police have confirmed his death and said that the body was found today at the Epic Hotel in Miami. The case is still under investigation.

Herman and his ex-wife Alexia Echevarria who starred on the Real Housewives Of Miami, were founders of Venue magazine and also stars of Real Housewives of Miami. The couple separated in 2015 and recently divorced, according to sources close to the family.

“The Echevarria family is heartbroken over the sudden passing of our patriarch Herman Echevarria this morning. He was a family man, a hardworking businessman, dedicated to helping others and a pillar of his community that was loved by everyone who’s life he touched. We ask that you please respect our privacy during this time of grieving.”

Mr Echevarria is survived by his ex-wife, Alexia; his children Nelson and Herman Jr., stepchildren Peter and Frankie, his mother and three siblings. A viewing will be held at from 6 p.m. to midnight Wednesday at Cabelleror Rivero Funeral Home, 373 W. Ninth St. in Hialeah. Burial is at noon Thursday at Our Lady of Mercy Catholic Cemetery, 11411 NW 25th St. Doral.

More in Real Housewives of Miami, Reality Television (893 of 2187 articles)