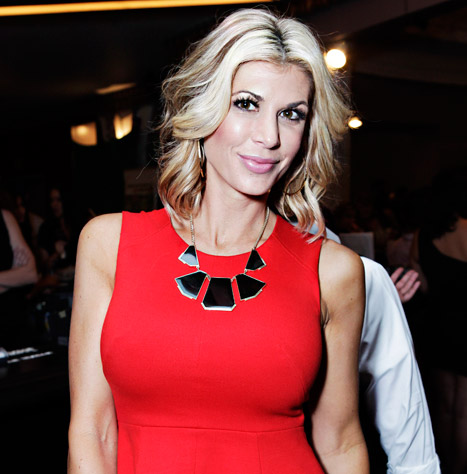 Alexis Bellino The Real Housewives of Orange County star had a bad girls’ night out when she decided to attend an intimate dinner party hosted by enemy Tamra Barney. The dinner, was held at Tamra’s new CUT Fitness studio, immediately turned into ugly chaos with the long-estranged Bellino and Barney at the center of a heated argument. Tamra eventually forcibly removed Bellino from the premises, telling her the “get the f— out,” with Bellino’s allies Vicki Gunvalson and Lydia Stirling-McLaughlin later defending her to Tamra and the rest of the women.

“I definitely regret going to Tamra’s party,” Alexis, 35, told Us Weekly during a recent visit to our NYC offices. “Who wouldn’t?!?” Reluctantly accepting pal Gunvalson’s extended invite, the mom and fashion designer explains, “I went with pure intentions, with the hopes that everyone was ready to move on … just went in open minded, and I got the door shut in my face. Which is okay!”

Alexis seriously considered walking away forever from the show. “I really did quit”. With things reaching their breaking point during a girls’ trip to Costa Rica, “I had a rough year last season,” she says. “I was just really down and in a sad place.”

What changed her mind? A phone call and her kids. “I wanted to show them their mom’s a fighter,” Bellino explains.

Real Housewives’ Plastic Surgery: See Their Before and After Pictures!

More in Real Housewives Of Orange County (233 of 364 articles)

Real Housewives’ Plastic Surgery: See Their Before and After Pictures!