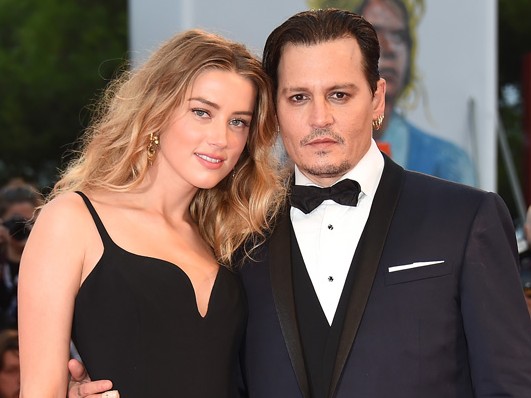 Amber Heard, 30, has filed for divorce from her husband Johnny Depp, 52, after only 15 months of marriage and 3 days after Johnny’s mother had died.

Amber filed her divorce petition on Monday, citing irreconcilable differences. The couple married in February of 2015, and Amber is asking for spousal support. The couple had no pre-nuptial agreement.

In the divorce documents Amber says that they separated on the 22nd May, just 2 days after Johnny’s mother passed away.

Johnny has filed his response through his lawyer, Laura Wasser. He is asking the judge to deny Amber’s claim for spousal support.

Somewhere Vanessa Paradis, Johnny’s former girlfriend of 14 years and mother to his two children, is sipping wine, thinking, “I told you so.”

Johnny was previously married to Lori Anne Allison from 1983–1986.