Amber Portwood’s First Post-Jail Interview: ‘Prison Gave Me a Second Chance at Being a Mother’ 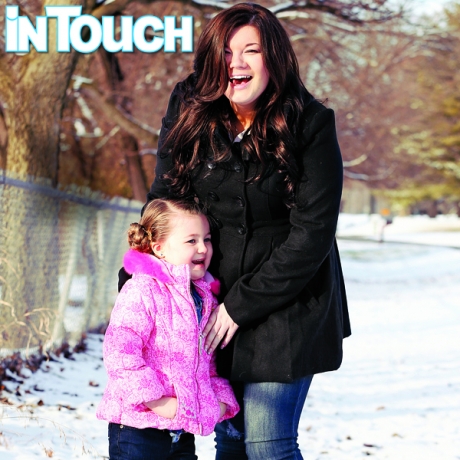 via InTouch Weekly:
After 17 months in prison, Teen Mom star Amber Portwood is vowing to change and become the best mother she can for daughter Leah.

In an exclusive first interview and photo shoot with In Touch, on stands now, Amber explains how she is picking up the pieces after returning home from prison because of domestic violence and drug possession arrests.

“Before prison, I never thought about Leah. I was addicted to drugs and didn’t care about anything else,” Amber, 23 — who’d been hooked on prescription pills such as Vicodin and Ambien — tells In Touch in her first interview since her release from Indiana’s Rockville Correctional Facility on Nov. 4. “Prison saved my life — and gave me a second chance at being a mother.”

It didn’t always feel that way. “It felt like a nightmare,” Amber explains to In Touch. “Feeling humiliated and vulnerable (from the strip search), you literally have nothing and walk around like a zombie,” she recalls. “There were times I reached a breaking point,” she tells In Touch, adding that she tried not to become overwhelmed by thoughts of then 3-year-old Leah, who visited her only three times. “I knew the only person who could get me out of there was me.”

For more from Amber, pick up the new issue of In Touch, on newsstands now.