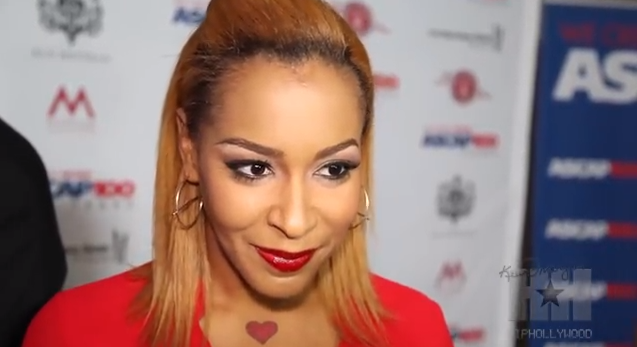 via Hip Hollywood:
While on the red carpet for ASCAP’s Annual Grammy Nominees Brunch in Los Angeles, HipHollywood caught up with the Love and Hip Hop NYC star who was rather coy when asked whether or not she and former rapper, Peter Gunz are expecting.

“I can’t really talk about that yet because there’s something that’s going to be revealed on the show. We are still running. We still have a couple of episodes and then the reunion show. People have to stay tuned to watch to see what’s really going on,” she told us. “What I can tell you is that we [Peter] are still together and still married.”

Earlier this week, some tweets posted by the Gunz fueled pregnancy rumors, leading fans to believe that he and Amina might be carrying a secret:

“Doctors appointment turned into us being at the welfare office. Smh… shit I wish I was eligible for medicaid… real sh*t.”

As for what fans can expect from the Love and Hip Hop reunion show? “The reunion show is absolutely crazy,” Buddafly told us. “We taped it a few weeks back and … madness. I encourage everyone to watch it because I think it’s going to be entertaining for everyone, a lot of surprises and craziness.”