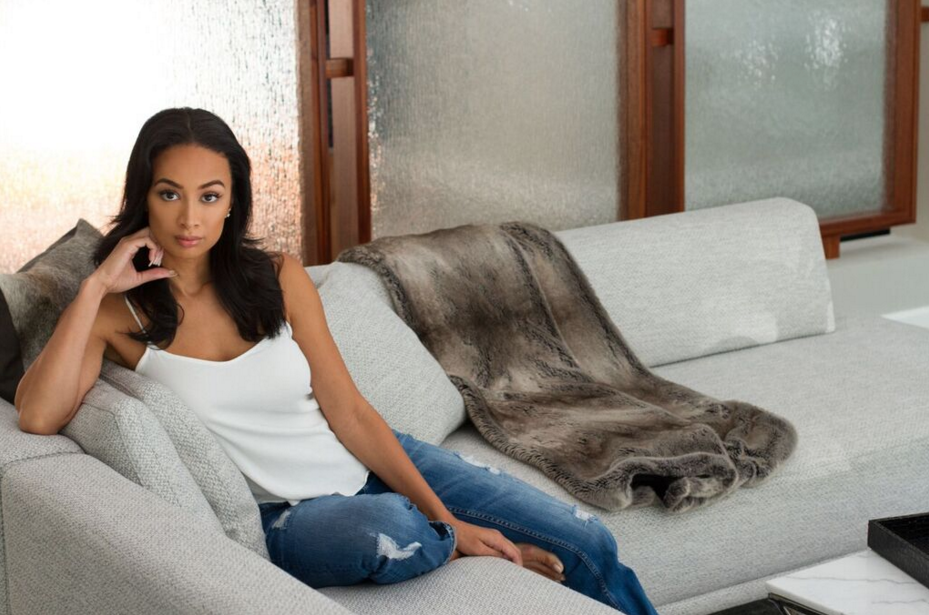 Andraya ‘Draya’ Howard speaks to Forbes about her humble beginnings on reality TV to her million dollar fashion empire, acting and her social media brand.

Can you tell me about Mint Swim and Fine Ass Girls?
I’m on my fifth season for Mint Swim. I created it five years ago. I decided to move to California and start this swimsuit company. It was something that I always wanted to do, but I just knew that being from Pennsylvania I was a little held back by the resources that I needed. So, as soon as I got to California, and as soon as I got near a beach and warm weather, I began creating the brand.

As far as Fine Ass Girls goes, I just wanted to create something that was for girls like me. Being on Basketball Wives, I started to gain a lot of attention, and I began to realize that many of my fans and the people who supported me they were all very similar to me. So I began Fine Ass Girls for them, my younger fan base. They’re around the ages of 18 to 25-years-old, so it’s a younger brand.

How were your sales last year?
Well, with Mint Swim I did incredibly. This will be the first year I sold over $1 million in swimsuits. Just to be able to see my numbers on paper, and actually have proof of these profits and have to pay taxes on it was surreal. You know, nobody likes to pay taxes, but once you get to a certain level there’s a part of writing this big check to the IRS that makes you feel kind of good because you feel accomplished. I can honestly say that for the first time in my life, I’m a self-made millionaire.

Is Mint Swim going to add a men’s line?
Yes. We are actually developing a men’s collection currently, but, believe it or not, it’s taking a little longer than expected. Not because of a lack of creativity, but going into this and learning how to make swim trunks is much harder than making bikinis. I never thought that would be the case. I thought trunks would be super easy. But, because it’s a little bit more difficult, I’m taking a little bit more time with it to make sure that I get it right. It’s not really something you can mess up. Guys care a lot about fit, length and measurements, so I’m working on perfecting that right now.

Swimwear is a saturated market, what has made your brand stand out and allowed you to be successful?
I think that me being part of my line and the face of the line has helped a lot. You know, you see these lines at amazing swimsuit companies and they have a hard time getting out there and breaking into the world. It’s just because they’re not as popular. My brand is relatable because there is a relatable and recognizable face attached to it, and that helps a lot.

How do you use social media for your brand?
Social media is my biggest tool for marketing. I’m so blessed to be able to have some followers and have people who engage with me on social media. Because of that, it’s how I promote and market my stuff. I’m always posting pictures of me in my swimsuits, and other girls in my swimsuits, whether they’re models or just people, in general.

Can you tell me about your journey from Basketball Wives into acting?
I did four seasons of Basketball Wives, and it was an incredible learning experience and stepping-stone. I just used it to get my name out there and get my face out there. I decided that I no longer wanted to do reality TV, but there was a part of me that missed being on the screen. I wanted to try acting, and once I tried it and got my confidence up, I really started to like it. So it just became something else that I wanted to take seriously, and now I’m really into it.

Well done Andraya, hard work pays off. What are your thoughts? Post your comments below.