Her costar Brittany Fogarty stated that the season 6 reunion was filmed in February and Ang didn’t want to miss out on it, even though she was deathly ill.

Ang only stayed long enough to get her last words in—she didn’t hang around to deal with her costars’ fights and drama.

Ang lost her battle to cancer in the early morning hours of the 18th February at the age of 55.

“It’s just a big loss for everybody, not just people on the show, but so many people loved Ang. She touched so many people’s lives and I think everybody is really feeling the loss of her,” Brittany states.

Like Drita D’avanzo, Brittany has hard a tough time watching the series since Ang’s passing. 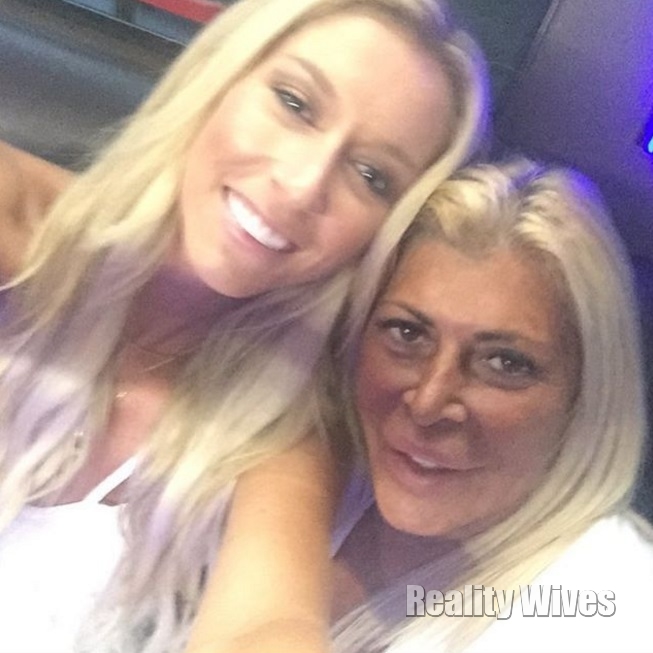 “It’s just really hard to watch the show and watch her struggle and watch what she was going through and know that she’s not with us anymore. I don’t like watching it really.”

“Ang really just welcomed me with open arms. I mean coming from this lifestyle, there is such a dark cloud over people who are associated with rats—and my father cooperated. There are women on the show who feel a certain way about that, and with Angela, she never looked at me that way. She never judged me because of it… and was just very good to me from day one,” she continued,” she says.

Ang made Brittany feel welcome and put her own health issues aside to support the newcomer.

“In September, she had had her lung surgery and a couple of days later, I had one of my fashion events in Fashion Week. It really touched me that she had so much going on in her own life emotionally, physically, mentally, and then she still showed up for me to support me. And she didn’t just show up and show her face to support me, she was jumping up and down screaming and cheering me on in the front row. I started laughing and smiling at one point because it was just touching that she was showing so much support for me through everything she was going through.”