Anna Cardwell: “June Shannon Used Money From My Trust Fund To Buy Car For Man Who Molested Me” 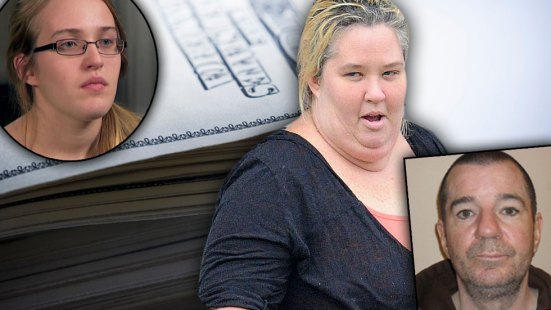 via Radar Online:
This according to Anna “Chickadee” Cardwell, who said that her mother “Mama June” Shannon removed $30,000 from her trust fund to purchase a vehicle for sex offender Mark McDaniel, who molested her in 2002 when she was 8.

“I have a feeling mama used that to buy a car and buy him what he wanted,” Chickadee, 20, told E! News Monday, noting that the once-blooming fund — filled with more than $30,000 in proceeds she earned during her time on TLC hit — had $17.90 in it, when she verified her suspicions with the bank.

Mama June denied the accusations to the outlet — saying she never withdrew any money and “never bought him a car for him” — despite that, according to online reports, she spent $25,000 on a pair of used Nissans on Oct. 26, one of which was sent to a Decatur, Ga. address that was registered to McDaniel.

Chickadee, who now lives in Alabama, said that Mama June has “always” has had feelings for the convicted pedophile McDaniel. She added that she’s told Honey Boo Boo, 9, to keep her distance from McDaniel, “because you never know what will happen.”

Asked if she thought her sisters were in danger, Chickadee said, “If Mark’s back in the picture, I do.”

Chickadee, 20, recalled some of her worst moments with the convicted child molester, saying, “To me it was kind of like, ‘Get off me, it hurts, leave me alone’ … I’d just cry and go to sleep.”

Chickadee, in the explosive interview, also said that Mama June — fearing she could lose custody of her children after associating with a known sex offender — has manipulated Alana “Honey Boo Boo” Thompson’s father, Mike “Sugar Bear” Thompson, “to cover her a*s.

“Mama can be very selfish,” she added. “I think Mama keeps a lot of secrets — a lot.”