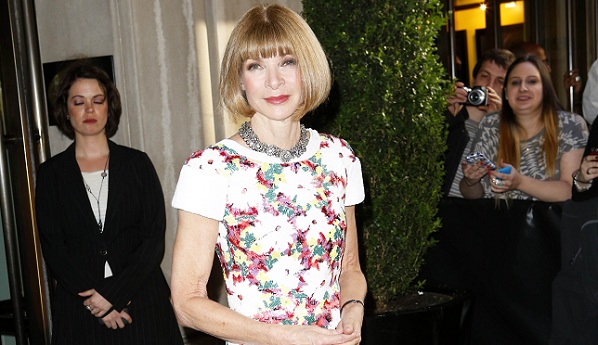 Anna Wintour may have welcomed Kim Kardashian to the Met Gala last week as her date was boyfriend Kanye West, but she apparently banned the pregnant star’s mother Kris Jenner from attending as well.

Kardashian matriarch Kris Jenner was allegedly desperate to go to the punk-themed event, according to a Radaronline source, but the U.S. Vogue editor-in-chief is said to have issued a strict ban on any further reality stars.

She apparently told staff that ‘one Kardashian is enough!’

Ms Wintour also apparently refused to let the Real Housewives of New York buy a $250,000 table at the high fashion event. What are your thoughts? Post your comments below.