Andre ‘Dre’ Johnson has a great job, a beautiful wife, Rainbow, four kids, and a colonial home in the ‘burbs. But has success brought too much assimilation for this black family?

via Huffington Post:
The announcement of ABC’s Fall 2014 schedule — and Shonda Rhimes’ monopoly of the network’s Thursday night primetime slots — already gave us something to look forward to.

But ABC is offering up more good news with the release of the trailer for its new series “Blackish.” The Johnson family is hard not to fall in love with: Anthony Anderson plays the patriarch Andre alongside his wife Rainbow — brought to life by the delightful Tracee Ellis Ross — and Lawrence Fishburne in the role of Pops (aka Andre’s father).

There are also four fun-loving kids and a more than comfortable lifestyle in an affluent, mostly-white neighborhood to enhance the hilarious storyline that depicts the struggle between the kids’ urge to “assimilate” into the culture of their classmates, and their father’s desperate attempt to keep them rooted in his idea of black culture.

Cinema Blend reports a creative powerhouse team behind the new series, with members such as “The Game” writer Kenya Barris. Executive producers include Fishburne and Anderson, Peter Principato, Paul Young, and Larry Wilmore — whose “The Minority Report” is replacing “The Colbert Report.”

If the “Blackish” trailer is any indication of the how funny the show will be, we’re in for a treat. 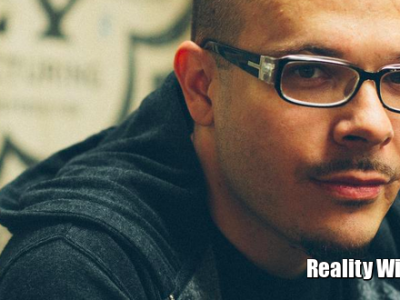 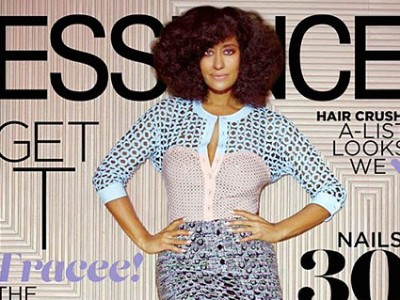 Tracee Ellis Ross: “I Like Being The Hot Mommy” 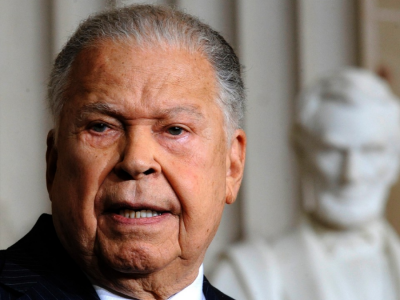