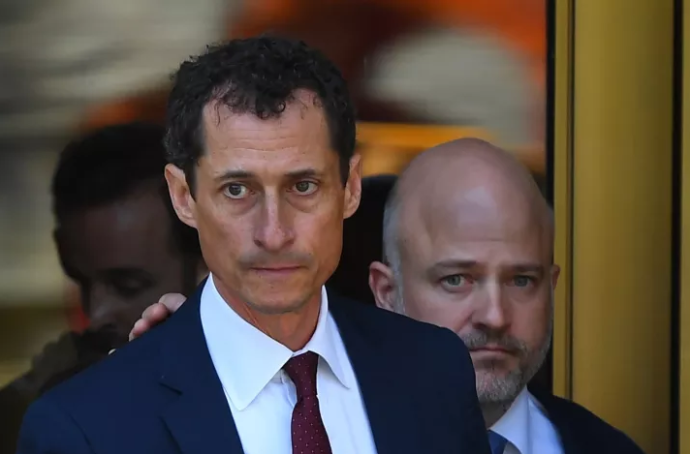 Disgraced former Congressman Anthony Weiner wept openly in federal court Friday as he pleaded guilty to sexting a 15-year-old girl — and was emotional as he admitted to the judge: “I have a sickness, but I do not have an excuse.”

Weiner, 52, pleaded guilty in Federal District Court in lower Manhattan to transferring obscene material to a minor. Under a plea agreement, prosecutors asked he serve 21 to 27 months behind bars. He must also register as a sex offender.

He answered the judge’s questions before reading a prepared statement to the court, explaining how he was contacted by the girl online in January 2016 and knew she was 15.

“Through approximately March 2016, I engaged in obscene communications with this teenager, including sharing explicit images and encouraging her to engage in sexually explicit conduct, just as I had done and continued to do with adult women,” Weiner said. “I knew this was as morally wrong as it was unlawful.”

Amid sobs, he said that last fall he “came to grips for the first time with the depths of my sickness. I had hit bottom,” and chose to enter “intensive treatment.” He then apologized to the girl.

Weiner, who was joined in court by his father and brother, was released on bail pending a Sept. 8 sentencing and did not answer reporters’ questions as he left. A judge next month could decide instead to give Weiner probation. He faces up to 10 years in prison.

He also had to surrender his passport and iPhone, and agreed not to leave New York before his sentencing, according to NBC New York.