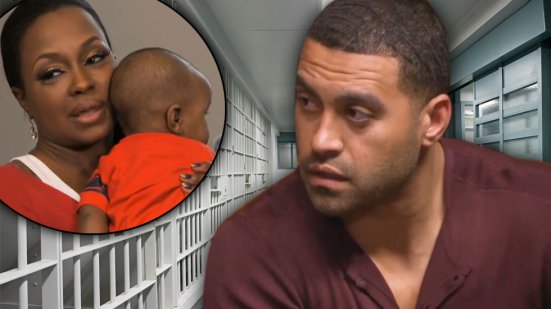 Real Housewives of Atlanta star Apollo Nida gives his first interview from prison, in November, and claimed that his estranged wife, Phaedra Parks, was not divorcing him.

On wanting to stay married:
“I’ve asked Phaedra not to leave me while I’m in here. If she leaves, it would hurt like hell, but as Apollo Nida has done before, I’ll just have to pick myself back up and move forward and figure it out.”

Apollo was later notified through Phaedra’s representative stating that “the divorce is proceeding as planned,” soon after, Apollo now explains in a new interview that if Phaedra files for divorce, he will fight her for money.

On fighting for alimony:
“I will not walk away empty-handed, considering all I’ve put into the marriage over the five years, That is completely fair, I think. It wouldn’t be right for her to just take everything and leave me with nothing to come home to.”

On not seeing their sons, Ayden, 4, and Dylan, 19 months:
“I can’t see why she would continue to hurt me by not allowing me to see my boys”

Apollo is serving time at the Federal Medical Center in Lexington, Kentucky.