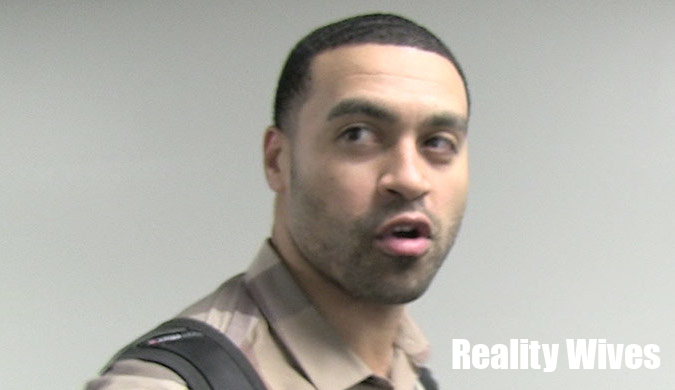 via InTouch Weekly:
In his first interview since entering prison, Apollo Nida (serving an eight-year sentence for fraud and identity theft) talks exclusively to ‘In Touch’ — coming clean from behind bars about the mistakes he’s made — and even reveals that his wife, Phaedra Parks, hasn’t given up on him just yet. (Yes she has).

“Yes, we’ve had problems — (Ya Think) especially over the last year — but we’ve gotten on terms now where I can call her and it’s cordial,” Apollo exclusively tells ‘In Touch,’ sharing that they speak frequently over the phone. “I’m hopeful that we can stick things out.”

Even though Phaedra recently told Ellen DeGeneres she is divorcing her husband of five years, Apollo insists the Atlanta-based mortician has not filed for divorce. He says Phaedra is even considering bringing their kids for a visit — something the reality star swore she’d never do. “There’s a plan to get them up here,” Apollo tells ‘In Touch.’

But according to Phaedra’s rep, “The divorce is proceeding as planned.” (Phaedra is not playing around with this felon) Her rep Steve Honig also tells ‘In Touch,’ “While Phaedra and the boys [Ayden, 4, and Dylan, 18 months] do speak with Apollo regularly, there have been absolutely no discussions about reconciling.”

Apollo tells ‘In Touch’ he’s sorry for the mistakes he made and knows he “let a lot of people down.” As he counts the days to freedom, he’s vowing to turn his life around. “I know for a fact that when I get home, I will pick up the pieces.”

For the full interview with Apollo from prison, pick up the new issue of ‘In Touch’ — on newsstands now.