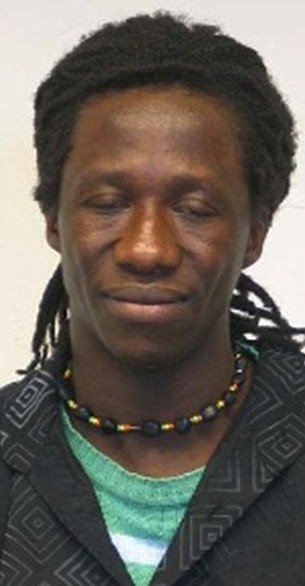 via METRO:
A suspicious pregnant wife found a picture of a happy couple where the husband looked oddly like her own on Facebook – and slowly realised that not only was he married to the other woman, he was being unfaithful with 16 other women simultaneously.

Amazingly, all of Sonko Tijan’s four wives, seven fiancees and five girlfriends believed they were in exclusive relationships with the tireless Gambian charmer, who milked all his women for loans.

Austrian police say Tijan beat all records for bigamy and infidelity in the country – with lovers spanning ages from 22 to 44.

Austrian woman Sonja Maier found an image of Tijan with another woman, with the same surname, when she was pregnant with his child after a whirlwind romance.

Maier said, ‘I thought that either he had a twin I never knew about or he was cheating on me.’

The two women exchanged notes behind his back, and his web of lies began to unravel.

Tijan also had a wife and family in his home country.

Police believe he may have had relationships with even more women and are appealing for others to come forward.

‘He would look at women in bars and was always charming and attentive.

‘He would also fascinate them with fanciful stories about his homeland in Africa and how he had fled horrific wars leaving his family behind – and later he would ask for financial assistance for them.’