Love & Hip Hop Atlanta newcomer Atasha Chizaah Jefferson aka Tommie Lee was outed by her nemesis, Tiarra as having 32 mugshots. She was born on the 19th June 1984 so she’s 31.

Here is a list of her some of her crimes and mugshots. 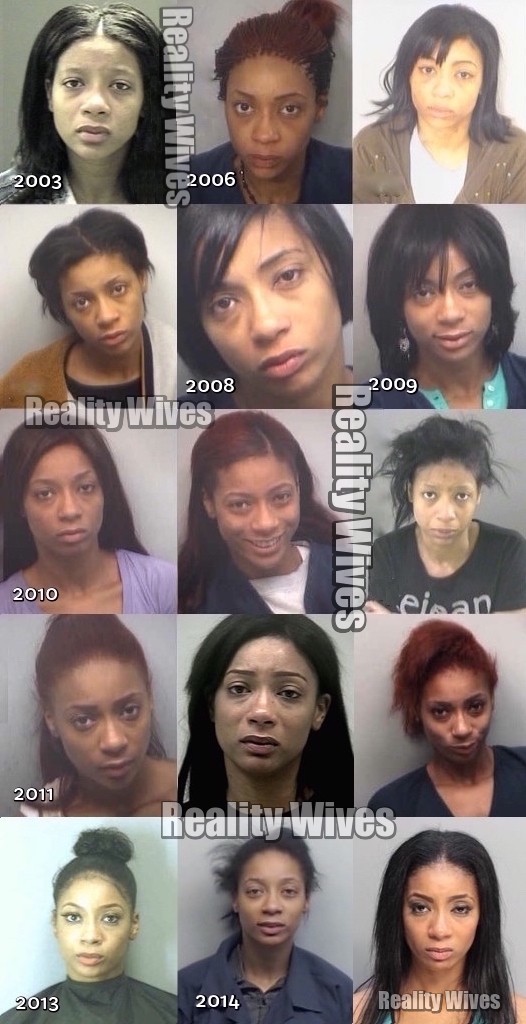 Most of Tommie’s arrests took place in Fulton County, with a few in Gwinnett and DeKalb county in Georgia, and an arrest happened in Miami Dade county, Florida. She has also been arrested for driving with a suspended license, leaving the scene of an accident crash with injuries, forgery, aggravated battery and probation violation for identity theft to name a few.