A 27-year-old Black man by the name of Rayshard Brooks, was shot in the back and killed by Atlanta police Friday night, after someone complained he was sleeping in his car at a Wendy’s drive-thru.

The incident occurred at 10:30pm, the man was sleeping in the drive-thru line blocking others from picking up their cheeseburgers. The other customers could still pick up their food, they were just inconvenienced as they had to drive around him to get to the pick up window.

According to the police report, two officers tried placing Rayshard under arrest, after they say he failed field sobriety testing. In the video, you can see the officers wrestling with Rayshard on the ground for nearly 30 seconds.

When Rayshard stood up, cops say he had taken a taser from one of the officers, the other cop opened tased him, and Rayshard started running away. Both cops started chasing him from behind and within seconds 3 shots were fired at Rayhsard.

It looked like he died before he left the scene, but they say he died at a hospital where he died during surgery.

The GBI (Georgia Bureau Of Investigations) said one of the Atlanta officers suffered minor injuries he was treated at the hospital and released. Ok.x

This is reportedly the 48th officer-involved shooting the GBI has investigated this year.

“The Georgia Bureau of Investigation is investigating this incident, and it will turn over its findings to the Fulton County District Attorney’s Office when it is complete. However, my office has already launched an intense, independent investigation of the incident. Members of the Fulton County District Attorney’s Office were on scene shortly after the shooting, and we have been in investigative sessions ever since to identify all of the facts and circumstances surrounding this incident. In this matter, we are asking for the cooperation of the public”

“We are asking anyone who saw the incident to call the Fulton County District Attorney’s Office Tip Line at (404) 612-4903 and if they wish to email any information, still photos, and/or videos we ask that they do so by sending it to Donald.Hannah@fultoncountyga.gov. Lastly, our thoughts and our sympathies are extended to the family of Rayshard Brooks as we must not forget that this investigation is centered upon a loss of life. The Fulton County District Attorney’s Office is working diligently to gather all of the necessary information to proceed with this investigation.” 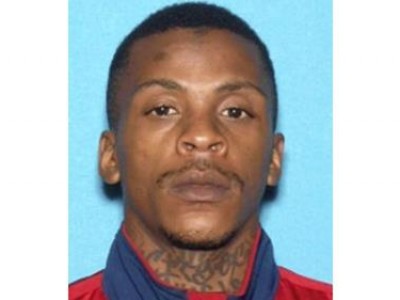