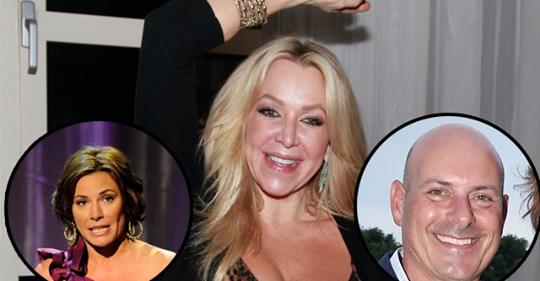 Just one month after LuAnn de Lesseps and Tom D’Agostino filed for divorce RadarOnline.com has exclusively learned that he is engaged to her worst enemy, Anna Rothschild.

He and the Real Housewives of New York City star tied the knot on New Year’s Eve, but filed for divorce just eight months later on August 3, 2017.

“They’re very in love,” the friend said about Rothschild, 52, and D’Agostino’s romance. “This is the real thing.”

Radar broke the news that De Lessep’s ex, 50, was dating Rothschild, 52, after they were spotted together in the Hamptons over Labor Day weekend.

“Anna has been friends with Tom for 12 years,” an insider told Radar. “She hates Luann!”

Her relationship with D’Agostino was not a surprise. “Anna adores Tom,” the pal said.

The source spilled to Radar that D’Agostino’s divorce would have been finalized in 90 days, freeing him up to marry Rothschild.

De Lesseps opened up to Andy Cohen about the end of her short-lived marriage.

“I had that moment of ‘Oh my god,’ I had these blinders and all of a sudden they came off,” the former Countess said. “I thought, ‘This is not good.’”

She admitted that the marriage failure wasn’t only her husband’s fault.

“Listen you can’t blame [Tom] 100 percent, it was a bad situation that couldn’t get better … life takes care of itself,” she said.