Baltimore Mom Beats & Drags Only Son From Riot: “I Don’t Want Him To Be A Freddie Gray”

A video of a young man being smacked by his mother during the Baltimore riots has gone viral. Toya Graham a single mother of 6 spotted her son in the middle of the crowd after her threw rocks at the police.

Ms Graham, spoke to CBS News about why she pulled her son away from the crowd.

“I’m a no-tolerant mother. Everybody who knows me, knows I don’t play that. He knew. He knew he was in trouble.hat’s my only son and at the end of the day I don’t want him to be a Freddie Gray. I was angry. I was shocked, because you never want to see your child out there doing that.”

“You want to be out here doing this dumb sh*t?”

“He gave me eye contact. And at that point, you know, not even thinking about cameras or anything like that. That’s my only son and at the end of the day I don’t want him to be a Freddie Gray.'”

Police Commissioner Anthony Batts thanked her in remarks to the media on Monday night.

“And if you saw in one scene you had one mother who grabbed their child who had a hood on his head and she started smacking him on the head because she was so embarrassed. I wish I had more parents that took charge of their kids out there tonight.”

Student Sent Home From Prom, As Dress Was Too Revealing 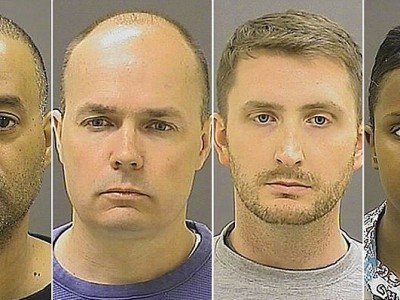