After Evelyn leaves the lunch table after finding out about all the head butting jokes. Shaunie goes to comfort Evelyn. Evelyn cries and states that she doesn’t joke about the chef affair. Although joking about Evelyn’s incident, is in very poor taste, Evelyn did joke about the Stephon Marbury affair, by writing about it in her book, which was not very funny to Tasha. I believe Tasha is saying all these “jokes” about Evelyn in retaliation for her embarrassment of her husbands affair being immortalized in a book.

Evelyn is doing a photo shoot and is covering Vibe Vixen. Tami calls her and Evelyn brings up the comments wanting to know if she was being over dramatic. Tami agrees with her she wasn’t being dramatic. In fact if it happened to her numerous objects would be thrown at Tasha including a plate and a wine bottle. They later meet for a walk and talks about mammograms. They decide to go visit a cancer survivor. 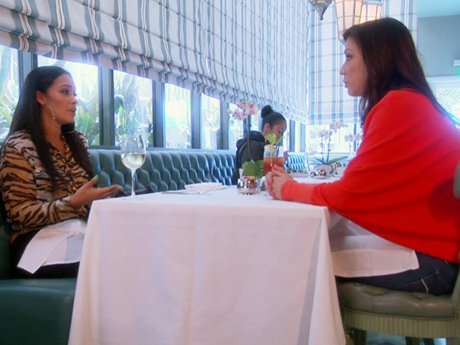 Suzie has drinks with Evelyn and they discuss Tasha’s headbutt jokes. I think the head butting has been discussed to death. Evelyn states she is not cool with people joking about it, that means that they’re not friends. What I don’t understand is why Suzie didn’t say anything when she herself has her jaw broken by an ex-boyfriend, she claimed she didn’t say anything as she didn’t know Tasha well enough at the time. Garbage, if your jaw is broken, no domestic violence “joke” would be funny to you at all.

Shaunie, Evelyn and Tami visit a woman named Michelle who is battling breast cancer. Michele explains that she didn’t want to go to the doctor she was in pain and it felt like she was on fire, the pain was so great. She finally went to the doctor and he ran some tests. She received a call at 10pm at night and the doctor told she needed to come in to see the doctor immediately. Michelle was informed she had cancer. This scene although touching, just seemed a little left field they were fighting, joking about chefs, head butts and now trying to bring in a social message of breast cancer among the fighting.

Everyone arrives for Tashas weave bar. Evelyn notices that the website was on the awning outside and it was spelled incorrectly. She brings Tami outside to show her the mistake. Tasha finally arrives and greets everyone. Tami is explaining what the process is with sewing in hair. Tasha knows nothing about weave. She is just one of the financiers. 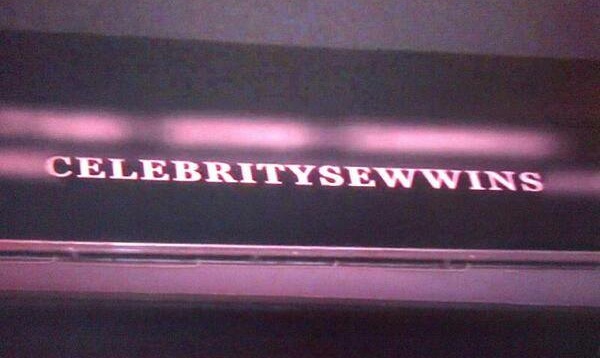 Tami commends Tasha on opening her business, Tasha responds this is not her first business, she had a children’s clothing store before. She closed it down. Tasha asked her why is she in business then?

Tasha: “Just because you don’t know about something, doesn’t mean you can’t invest in it”

One of the hosts, introduces Big Diva the mascot for Celebrity Sew Ins, who looks like the bi-racial cousin to Dora The Explorer. 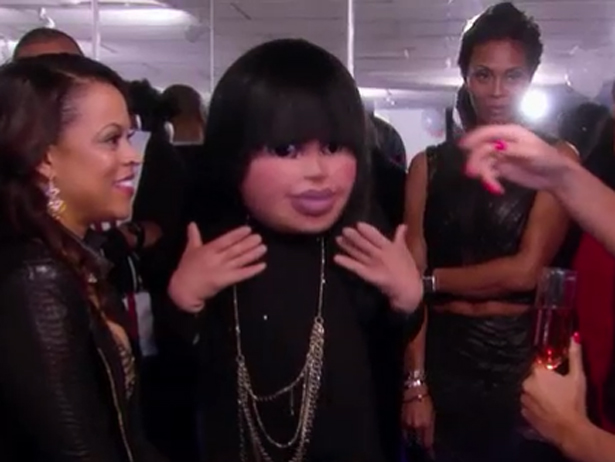 Suzie meets Tasha at her hotel room as she is getting hair and makeup done. Suzie claims the weave bar opening went better than everyone anticipated. Unlike everyone else who thought it was a flop.Tami calls Tasha to let her know she would not be coming as her eyes are ‘jacked up’, probably because of the asbestos in the walls at the weave bar. Tasha says she is not afraid of Tami, or anyone in the group.

Shaunie and Evelyn arrive for the party on time or at least way before Tasha’s for her birthday party, the ladies are bored by 8 o’clock. Then Suzie arrives with the bag of dildos. She tells them that she was with Tasha prior, and about Tami’s phone call, asbestos poisoning from the weave bar. The trio decide to leave the party and give the bag of sex toys with one of the hosts. Tasha finally arrives and realizes the ladies left, she states, they did a gift, but a more tangible gift would be to stay for her party. Tasha’s cake comes out without candles, she tells them to send the cake back, and bring it back out with candles. What are your thoughts? Post your comments below. 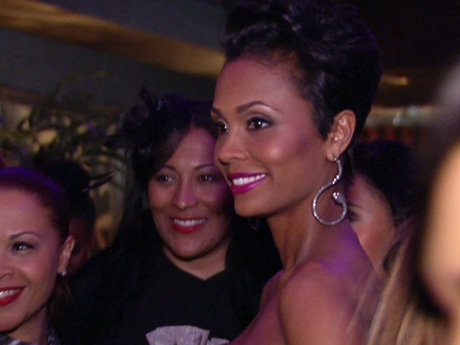