Well we reported that reluctant Exec-producer Shaunie O’Neal was cleaning shop on VH1’s hit reality show Basketball Wives LA. TMZ is reporting that four women will not be asked back for season 3. The only women staying on board are Draya Michele and Jackie Christie. Yes I’m shocked too. 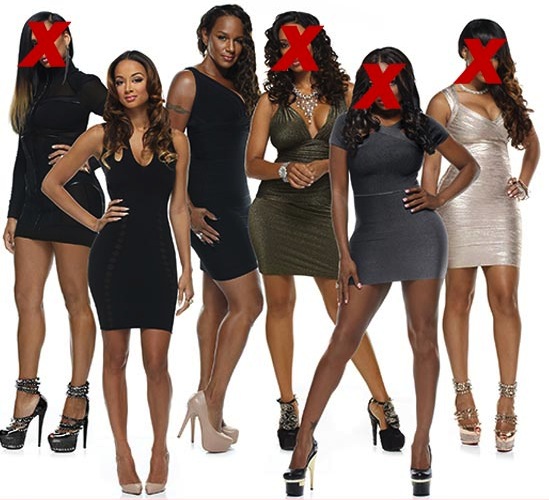 Draya & Jackie will be the only cast members returning

“Basketball Wives: L.A.” axed four of its six cast members — and TMZ has learned the catalyst was when Gloria Govan shut producers out of her nuptials to L.A. Lakers star Matt Barnes.

Sources connected to the show tell TMZ the producers are getting rid of Gloria, Laura Govan, Malaysia Pargo and Brooke Bailey because the wives, especially Gloria, weren’t allowing “all of their reality to be filmed.”

We’re told the breaking point came when Gloria (who is known for her feisty ways) jetted off to Vegas to marry Barnes — and didn’t even let the show know about it. Our sources say the producers felt extremely disrespected by her actions and made the decision to clean house.

If this is true, that is crazy! It’s Gloria’s wedding who calls up a producer for a Las Vegas weddding? What are your thoughts? Post your comments below!