Rumor has is, Royce Reed, Jennifer Williams & Kesha Nichols have been fired from season 6 of Basketball Wives! According to TMZ they will be replaced next season. 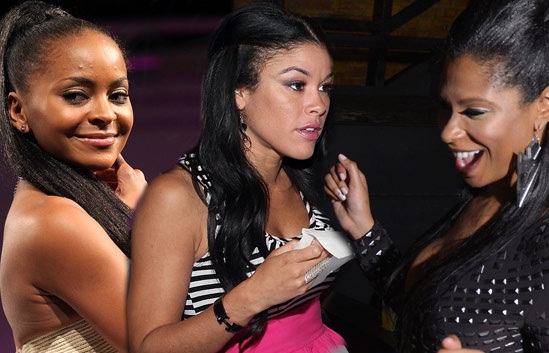 Dwight Howard can finally relax — because his baby mama Royce Reed just got her ass axed from “Basketball Wives” … along with two other stars on the show.

Sources connected with production tell TMZ, Jennifer Williams and Kesha Nichols also got the chop — and will be replaced next season. It’s unclear who’s in line to take their spots.

According to sources, producers will be giving the girls their walking papers any day now to drop what they called “dead weight” from the show.

We’re told Royce was cut because she wasn’t legally allowed to talk about Dwight due to a 2009 gag order, blocking her from discussing her ex in any way. The other girls on the show had also decided to ostracize her, so Royce couldn’t shoot scenes with the rest of the cast.

As for the others — producers think Jennifer’s too big a liability after suing Nia Crooks for slapping her on the show. And Kesha was just too boring.

A rep for VH1 tells TMZ, “We don’t comment on casting until everything is final. Thanks for checking in.”

That’s a huge shakeup especially since Jennifer and Evelyn hugged it out and Royce was the voice of reason and not nonsense. If this is true, shame on VH1. Season 5 begins filming this fall and will feature – Shaunie O’Neal, Suzie Ketcham, Tami Roman, Kenya Bell and allegedly Ashley Walker from seasons 2 and 3, there’s no word if Evelyn Lozada will be back as yet.