We are introduced to Latasha Marbury a friend of Evelyn’s. Tasha is in Los Angeles, to meet with a forensic accountant as someone has been stealing from her. So she had to come to L.A to find an accountant? Are there none in New York where Tasha and her children live. Tasha is married to Stephon Marbury who currently plays in China. Evelyn informs her that a character’s husbands in her book the Inner Circle (Wives Association), slept with a chef, which coincidentally happened to Tasha, her husband Stephon slept with their personal chef, he 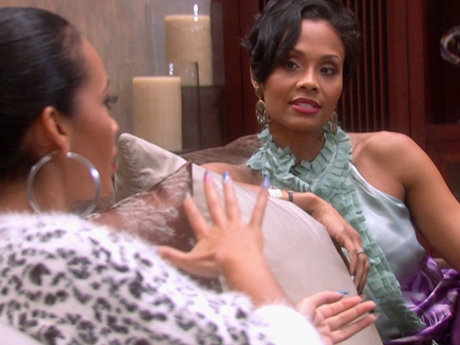 offered to pay her $900,000 but reneged, stopped paying at $600,000, she subsequently sued him and she won. If Evelyn was such a good friend of 14 years with Tasha, why would she put that in the book? So you can best believe that Evelyn put all her ‘friends’ juicy problems in her book, including Jennifer’s. Did she say that even if she was hurt by someone she wouldn’t betray their confidences, which she did with Tasha. Evelyn claims she didn’t want to appear malicious, sorry hon ,you may have sold a lot of books, but that is malicious and not a good look for being a friend to Tasha. I find it hard to believe that Tasha didn’t know that Evelyn had put that in her book or she didn’t know before hand. If they are such good friends, Tasha knew about it before the book was published. Why didn’t Tasha read the book?

Evelyn meets with Suzie for a hike. Suzie claims she needs to grow up and take her life seriously. So what was she doing before? Where are her children? Suzie contemplates moving back to Miami as she was just partying and drinking in Florida. What is she doing in L.A.? Filming, drinking and partying.

Evelyn and Shaunie meet Tasha for lunch. She informs them she is opening a weave bar in Brooklyn, NY. Evelyn suggests that she and Tami may be able to trade tips as Tami has a weave line. Evelyn looks like she knows this will be an ill-fated match.

Tami said she is tired of meeting new people. Why? That’s what Basketball Wives is all about meeting a new
cast member which since she has joined has had at least one new person and or multiple people she doesn’t know.

Back in the Bronx, Evelyn’s sister Sylvia, gifts her a necklace with her brother-in-law’s ashes in it. Which is sweet and weird at the same time. I understand Evelyn was very close to her brother-in-law Anthony. SHe starts to cry as so much has happened to her, the headbutt, divorce, Anthony dying. Whether you like Evelyn or not she has been through a lot in such a short period of time. 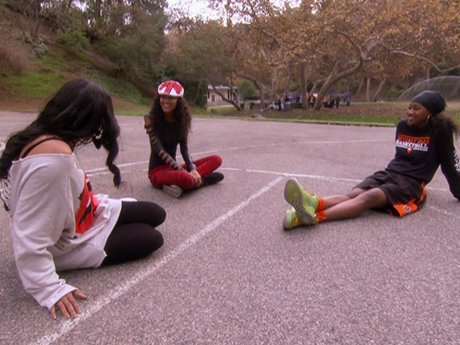 Tami is starting a nail polish line, which is a great thing, she is using Basketball Wives as a channel to showcase her hairline and her new nail polish line. Kudos. Tami’s daughters Jazz and Lyric are beautiful and turning into mature young women. Lyric has moved out and is attending school and wants to learn how to drive. “I am a perfectionist”, claims Tami as she offers her services to teach her daughter to drive. Lyric isn’t hearing that. Jazz wants to play basketball in college. Good job Tami on raising two sensible young women by yourself.

Evelyn and Tami meet in New York as Evelyn is shopping for perfumes for her mothers birthay, they shop and drink champagne in the store. Evelyn, in one of the most fake scenes on Basketball Wives, decides to bring that she would like Tami to meet Tasha. Tami claims she doesn’t know Tasha, Evelyn says that Tasha is married to, Stephon Marbury. Tami says she knows Stephon very well, as he used to call her and her then husband, Kenny Anderson’s house all the time. If Stephon was someone you know, wouldn’t you at least know of his wife, even if only in the news? 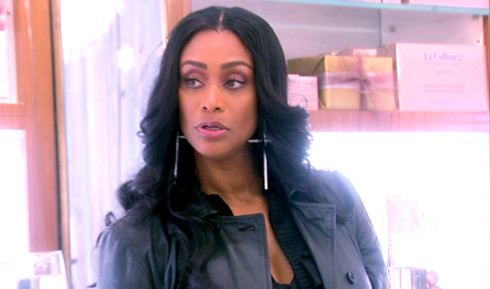 “I’m over meeting new people. I have gotten to the point where I am tired of trying to induct these ladies into the Tami Roman school of this is who the f*ck I am”… You mean a loud, brash and angry woman? Tami seems to forget the whole point of Basketball Wives is to meet new cast members and fight with them. Let’s be real, Tami may be a favorite of the ‘keepin it real’, folks, she is funny, but we watch her for her loud, snarky, rude comments. 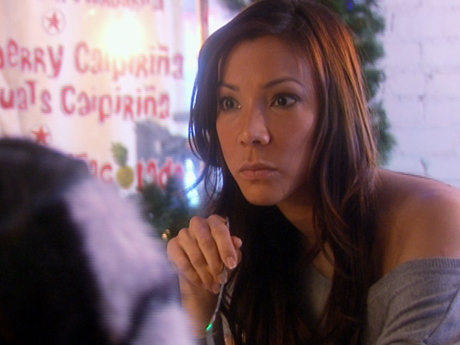 Tami meets with blabber mouth Suzie, and invites her to Tasha’s home for the meet and greet. Suzie wasn’t invited. Do they think we’re stupid? Suzie asks if Tasha is married. Isn’t Suzie the wicked gossip mouth of the south? She already knows who Tasha is, because she’s about that life. Tami wants to know the story about Tasha and the affair her husband had with their personal chef. Tami brings up Evelyn’s book, where a husband cheats on his wife with their chef, which we all know is Tasha and Stephon. Tami wants Suzie to ask Tasha about the affair, and to dig up articles from Tasha’s shame. Tami then claims she feels bad when husbands cheat on their wives. Tami’s ex did this to her, with multiple women including Evelyn. Why would Tami then think it’s a good idea to bring up such a horrible, sordid and sad story while meeting her for the first time? She knows the pain of heartache and betrayal. That is dirty, messy and immature. Tami claims it’s because she doesn’t want Tasha to think she is high and mighty when she really is basically in the trenches with them all. Childish much? Then claims she wants no problems. Right. If she wants no problems why get Suzie to do her dirty work, why even ask that question in the first place, the first time you meet someone. Wouldn’t that be something you ask after knowing someone or if the person wanted to confide in you when they were comfortable? Tami claims she wasn’t being messy but being armed just in case Tasha came for her. Why would Tasha come for her? She doesn’t know her!

Tasha opens up her home for the ladies to introduce herself and invites them all over for a meet and greet. She has the no shoes rule in home. Tami claims she told Suzie not to say anything once they arrives at Tasha’s house, of course this wasn’t on camera. Tami gives herself a pep talk, to keep it together as she is around the bourgeois and the fashionable. 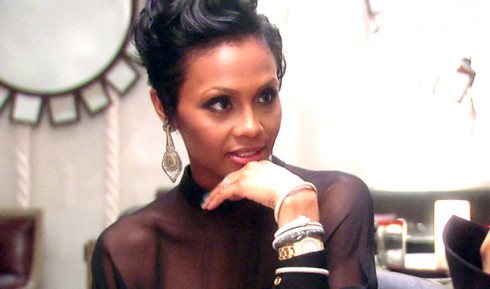 Everyone has their glass of champagne, Tami asks Tasha for some bud light or heineken. Tasha prepared and produced some beer for her. Which every good host should know what their guests eat and drink. Tasha brings her some beer which was room temperature, Tami was a little offended over the warm beer. Evelyn shares that she is posing for PETA’s anti-fur campaign. Tasha shares with the ladies that she is opening a weave salon. The ladies discuss their up and coming birthdays. The chef tells them what’s on the menu, so Tami opened the door by stating she wish she had a chef, as she would eat heathily. Suzie took this as her cue to ask Tasha about her husbands affair with the chef. Tasha replied, “what do you think?” What are your thoughts? Post your comments below.