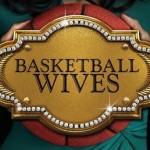 Volatile topics include Jen and Eric’s divorce and Meeka hoping to set the record straight on what really went down this season between her and the cast. The reunion of the year is here, check out the sneak peak below!

A fan at the reunion taping tweeted:

Just got back from Basketball Wives Reunion. Lmao maaannn all I gotta say is poor Meeka.